Our Guide To Living With Wildlife Abroad

Our Guide To Living With Wildlife Abroad

If you’ve lived overseas for a bit and come across some of the more exotic wildlife, there’s probably every chance you’ve shared pictures on your social media accounts.

Friends and family at “home” have more than likely marvelled at your bravery while vowing they could never move to a country which boasts such an array of spiders, snakes or huge bugs all apparently intent on surprising you in the shower.

But while the existence of creepy crawlies cannot be denied, the reality is that anyone who has taken the leap and emigrated can go months or even years before encountering anything more scary than a mosquito.

So when (or even if) the close encounter happens, the Facebook post isn’t necessarily to highlight bravado in the face of danger. It’s more a confirmation that life can sometimes feel a little different to the one left behind.

So, if Mother Nature’s surprises are the only obstacle preventing you from eyeing villas for sale in Turkey or Googling the best place to live in Portugal perhaps we can offer a little reassurance.

Despite what you may have read, neither Turkey nor southern Europe are home to any species lethal to man. It’s certainly true that spiders bite; in fact, most do. It’s possible that a bite can also become infected or that some people have allergic reactions to a nip from even a small one.

But neither country boasts huge, furry beasts capable of dragging off the dog.

Turkey’s most impressive species are probably the huntsman and the wolf spider – usually harmless but larger than your average house spider in size. Portugal has the violin spider and Mediterranean black widow.

However, buy an apartment in Lisbon or a property in Istanbul and there’s a good chance you’ll never see them. The larger species usually prefer more rural areas.

Snakes can be found pretty much anywhere in southern Europe and in Turkey but few pose a serious threat.

If you were to come across an Ottoman viper in Turkey, it’s probably best to give it a wide berth; the same can be said of the Lataste’s viper in Portugal.

But, again, both species will avoid contact as much as we do, choosing to live in more remote rural locations. Indeed, if you subscribe to the expat forums, many who have moved abroad will tell you they’ve never seen a snake at all – and the same probably applies to scorpions.

If you head for the countryside for a picnic or a day out with the family or if you bought one of those villas for sale in Turkey and it’s out in the sticks, you would probably want to be careful about lifting rocks – but scorpions are a rare find in urban areas.

Even if you were fortunate enough to be stung by one it’s reassuring to know, in the majority of cases where there is no allergic reaction, the Hollywood tradition of almost instant death is pure myth.

It’ll probably hurt and a visit to hospital for anti-venom is a good idea – but, in southern Europe or Turkey, a scorpion sting is not often fatal, particularly if it’s treated promptly.

Bugs resident in warmer climates are often larger than in northern Europe. Grasshoppers, centipedes, millipedes, dragonflies, butterflies, moths, hornets, some species of bee, beetles and praying mantis are common in south Europe and Turkey and often much more colourful.

It’s true they can sometimes find their ways into places they’re not welcome but, if you buy an apartment in Lisbon or property in Istanbul there’s a much smaller chance of coming across them.

In the more rural areas, it’s best to invest in fly screens if the property isn’t fitted with them already and then to be pretty disciplined about keeping them closed.

After all, if your windows and doors are open to all-comers in the summer months, it’s inevitable some will take advantage, whether they’re welcome or not.

A quick search on Google can lead to some unnecessary concern when it comes to large mammals.

For example, you’ll probably discover bears are resident in parts of Turkey and Portugal is home to the Iberian wolf. In truth, though, you will be extremely unlikely to encounter either unless, of course, you actively hunt them out.

Wild boar are a little more common in the forests but usually only dangerous if provoked in the rutting season between November and January.

But the animal you probably need treat with the most respect is the dog. In Turkey in particular, strays are pretty ubiquitous and often part of the fabric of their neighbourhood. However, they’re not always friendly if they feel threatened or that their territory is being encroached upon.

Pumps are a good idea if you’re paddling in the Mediterranean as sea urchin spines are venomous and some people have been known to have a severe reaction to the poison after treading on one.

Swimmers also need to be aware of the risk of jellyfish and, although they’re by no means confined to the country, who hasn’t heard of the Portuguese man o’ war?

Several species of shark also swim in Mediterranean waters but it’s unusual to find them in coastal shallows. Indeed, only a handful of incidents resulting in injury have ever been reported with research documents indicating that only four unverified accounts, all dating back before the 1980s, suggested a fatality.

So, in summary, going on our own experience – and on many of our clients – we’d urge anyone considering a move abroad not to be too worried about encounters with the indigenous wildlife.

There’s no denying it’s present but it doesn’t often thrust itself into the foreground of our lives, particularly in the more urban areas. A little awareness and a few sensible precautions are usually more than enough.

Hopefully, the tips above are helpful but, as ever, we’re here if you need us. If there’s anything else you think we might be able to help with, why not have a browse through earlier blog posts or feel free to get in touch.

Please contact us if you need any further information

Spacious Villa For Sale In Hisaronu

4 bedroom villa for sale in Fethiye with private pool… 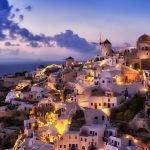