What happens in Turkey during Eid?

What happens in Turkey during Eid?

This weekend saw the beginning of the Eid festival to celebrate the end of Ramadan (Ramazan in Turkey) – a month which can be pretty punishing for a devout Muslim as the summer heat begins.

Fasting during daylight hours can be demanding, particularly if you lead an active life.

But other than the drums in some areas just before first light, the regular call of the muezzin and the often-private traditional iftar meal, there’s little evidence of the daily devotions observed during the holy month.

Of course, Ramazan is a shared thing for the Muslim community and the hardship it brings adds to the sense of brotherhood among the faithful.

But, for the non-Muslim – or even a non-practising one living in Turkey – life can seem pretty much the same as always.

What happens at Eid?

It’s a little different once the Eid festival begins though – particularly now the government has begun to stretch the public holiday to nine days, giving families not only time together but breathing space to enjoy some of the nation’s tourist spots.

Turkey is already a popular holiday destination for visitors from overseas; indeed, Thomas Cook rated it as second only to Spain among Brits in 2019 while thawing relations with Russia have also helped bring more tourists from the north.

But, once the Eid festival begins, Turks themselves will be taking a break and, for many, that means day trips or even a few days away.

No public buildings or banks will open, school is out and, in some areas, even some businesses will close their doors.

But, in others, the Eid festival is as much a vital boost to trade as Christmas in Christian countries, with a sharp increase in spending on food and drink in particular but also on treats purchased as personal rewards for enduring the hardships of Ramazan.

What are the Eid traditions?

If you’re already resident in Turkey and have made a few friends, expect to be included in the celebrations. The Turks’ hospitality is legendary but particularly evident during Eid, with neighbours and sometimes even random strangers invited to join in.

It’s traditional in Turkey to eat sweet things to mark “şeker bayram” – the sugar holiday – so baklava and Turkish delight abound. You may even be offered in the streets while – like Halloween in America and the UK – children will knock on doors in their neighbourhood in the hope of harvesting more.

But it’s also a time to visit family – both living and dead – to spring-clean homes, get haircuts and shaves and to show off new clothes.

If you’re expecting to need cash, it’s probably advisable to draw out enough to tide you over before the Eid holiday begins; with so many tourists out and about, cash machines can run out and are unlikely to be replenished until the holiday is over.

And, if you do decide to embark on a journey next week, allow plenty of time. The roads in and out of tourism hotspots can be extremely busy while beaches and other popular outdoor attractions are likely to be crowded with families enjoying picnics and barbecues.

But, if there was a single word to sum up what happens in Turkey during Eid, it would probably be “spontaneity”. The extended holiday allows everyone the time to do both their duty and what they enjoy – but not everyone does them at the same time.

It’s often chaotic; it’s sometimes frustrating; it’s colourful, crazy, community-focused and with a strong sense of charity thrown in. But, in many ways, it’s quintessentially Turkish and, for that alone, it’s worth kicking back, putting things like deadlines on the back-burner and just going with the flow.

If you would like any other advice about living abroad, feel free to drop us a line or give us a call. We have properties available right now in Portugal, Turkey and Greece.

Also, if you enjoyed this post and think others might find it useful, please feel free to pass it on. Also, if you would like to keep up to date with all the latest news, you can find our social media pages here.

Luxury Apartments for sale in Istanbul

New Three-Bedroom Bungalow For Sale In Ovacik This is a… 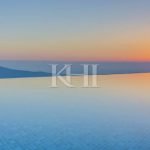 The currency of the care package