With so much heritage linked to Christmas Turkey is perhaps one of the nations with more reasons than most to celebrate the festive season.

But with the majority of the population observing Moslem traditions, the Christian holiday – although not entirely unremarked – remains much less of an annual event.

For those who find the whole thing exhausting or hugely stressful, a smaller Christmas can come as something of a relief. For others, it can be a disappointment.

So, if you’re from a secular or Christian background and you’re planning a property investment or a new home in Turkey, we thought we’d offer an insight into the major differences to prepare for – and how some things remain just the same.

What’s the main difference most would notice?

If you’re from a secular or Christian community, we’d say the lack of build-up. In many countries, preparations for the festive season can begin almost as soon as the kids go back to school in September and well before Hallowe’en.

It starts with Christmas merchandise in the shops. Soon, Slade or John Lennon are playing on the supermarket sound systems. The gradual appearance of decorations in the streets usually follows.

If you’re resident in Turkey, you’re spared nearly all of that. In fact, even without trying hard, you can go all the way up to Christmas without hearing Wham once. You might even miss seeing a single showing of the John Lewis advert on the telly.

For some it’s a blessing. For others – and perhaps for those spending their first Christmas in Turkey – it can enhance the feeling of detachment from a world you once knew so well. You can also feel cut off from family and friends.

But (although 2020 is probably an exception thanks to the current global pandemic) if you’re among the latter, be aware you don’t have to be isolated by any means. There are many expat communities who work hard to generate the Christmas spirit at organised fayres, events, dinners and parties open to all. If you’d like to be part of them, all you need to do is join the relevant groups and forums on Facebook.

Is there anything which is the same?

It’s purely a seasonal thing but they usually begin to appear on stalls in the markets in the weeks running up to Christmas.

However, joking aside, it’s probably unfair to suggest the whole of Turkey ignores the approach of the festive season entirely.

If you visit shopping malls – particularly along the Western coastline – you can find decorated Christmas trees and decorations. Many of the bars and restaurants will also be advertising Christmas dinners on the expat Facebook groups weeks in advance.

Even in the traditional markets, there are some concessions with more enterprising stallholders adding Christmas turkeys to their sales patter. Many of the charities also arrange Christmas fayres in late November and early December. You’ll even find stalls selling home-made handicrafts and festive goodies like cakes and mince pies.

So, put another way, Christmas is present – but you may have to seek it out rather than it dominating every waking hour for three months.

What are the positives?

Of course it’s different for everyone but, for many, it’s being able to dip in and out of Christmas and, for others, it’s the weather. Although December in Turkey can bring sub-zero temperatures and snow on the mountain tops and even lower ground inland, it can still be pleasantly warm during the day.

Along the coastlines for example, you may still find some enjoying the beaches when the sun is out. Bear in mind though that winter thunderstorms sweeping in off the Mediterranean or from the Black Sea are also a possibility.

However, one thing which is perhaps more prevalent than ever around Christmas is the Turkish sense of hospitality. As Moslems, many may not celebrate the festive season themselves and most shops and businesses will still be open as normal even on Christmas Day. The New Year is when the Turks tend to celebrate instead. Nonetheless, plenty recognise the importance of Christmas in the Christian calendar and will do all they can to accommodate it.

Of course, there’s a commercial benefit for bars and restaurants but don’t be surprised if Turkish friends join in with traditions such as the exchange of gifts or generous hospitality. It’s in the Turk nature to make guests feel welcome and Christmas presents an opportunity to do just that.

For many – and particularly in 2020 – the most frequent gripe is probably being apart from family and friends.

When you make a move overseas, it’s probably with the belief that trips “home” or visits from family and friends will be simple. By and large that’s true.

However, location plays a big part and it may be something worth bearing in mind if you’re considering Turkey for retirement or even a fresh start somewhere in the sun.

For example, if “home” to you happens to be near one of the large UK airports, flights in winter are less of an issue. Scheduled services to Gatwick, Heathrow, Stanstead and even Manchester usually remain pretty regular. Although more expensive around Christmas, at least they exist.

However, when it comes to smaller regional airports served largely by the package tour airlines, that may not be the case.

It works the same at the other end too. If your bolt-hole in the sun is close to Istanbul, Ankara, Izmir or Antalya for example, reaching it is far less of a challenge. Locations further away may lose of lot of their air traffic out of season.

Alternatively, feel free to browse our blog for previous posts you may find useful or, if you’d like to check out our portfolio, you can find details of properties currently on our books right here. You can also keep up to date with our Facebook page here.

Sovalye Island Villa For Sale With A Private Beach

Sovalye Island Villa For Sale With A Private Beach This…

Private villa for sale in Karagozler Fethiye with amazing sea-view…

Well located 2-Bedroom Flat with an amazing view of… 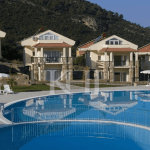 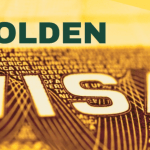 Changes to the Golden Visa Programme In Portugal