Maybe you have family who already live in the area. Perhaps you have sage friends who have already invested.

What we’re saying is that, to choose Ovacik, you probably have first-hand knowledge of Turkey already. You’re unlikely to have picked the location by chance.

It’s a good choice too. You will rarely be bored with an established, year-round expat community of its own. There are also plenty of bars and restaurants as well as shops and supermarkets.

But, just in case you’d like a little more background, we’ve put together this guide to living in Ovacik. We hope you’ll find it useful:

Ovacik is often lumped together with the neighbouring summer resorts of Hisaronu and Oludeniz. However, to do so is to do it a disservice. It’s a community in its own right with its own amenities and identity. 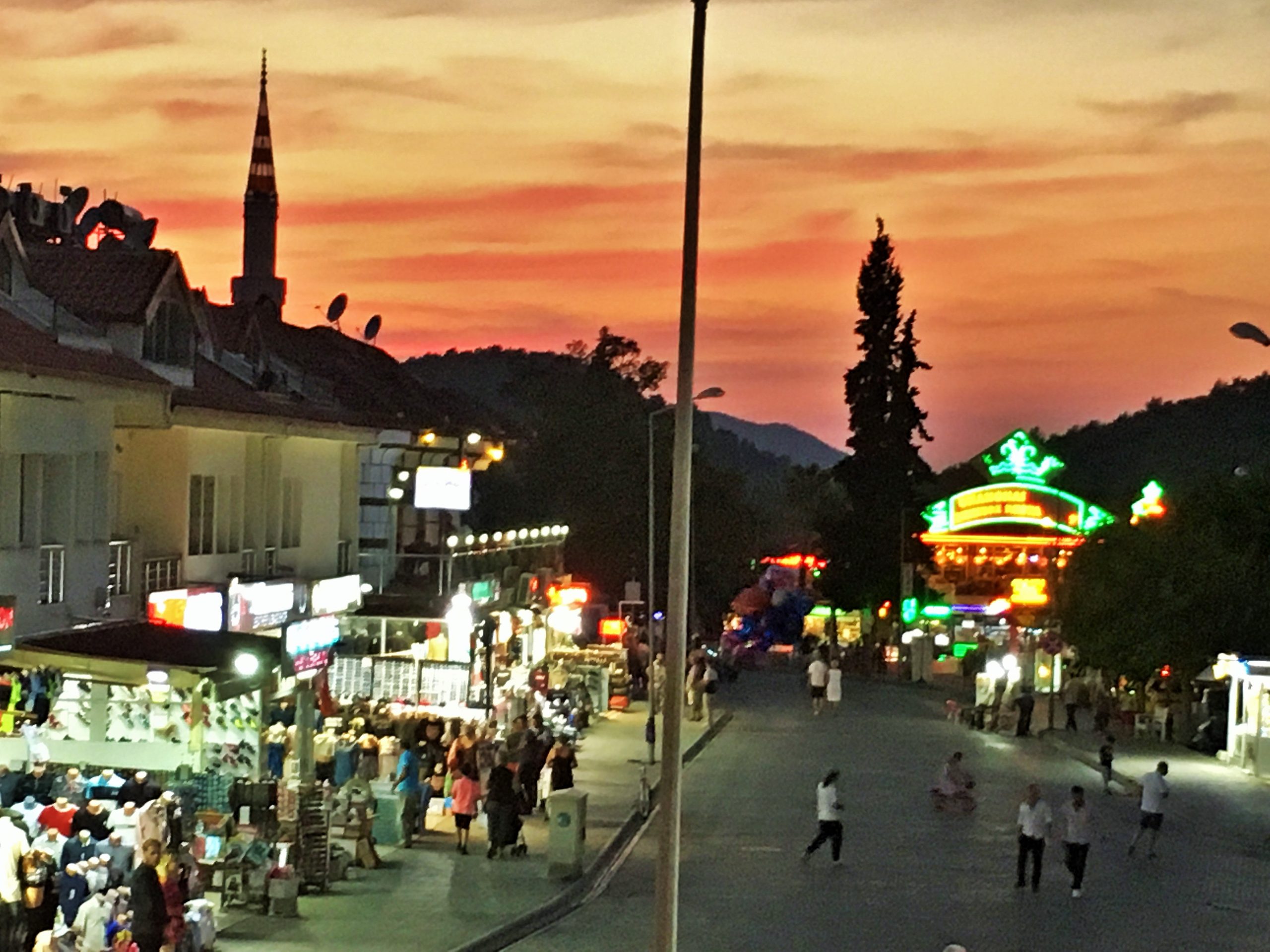 The vibrant summer resort of Hisaronu at sunset

Locals will tell you Hisaronu begins at the roundabout next to the market place. The summer resort has its quiet corners too. Generally though, it’s bold and colourful, loves a party at any time of day and is as much home to an English breakfast as it is to a decent kebab.

Oludeniz is only a few kilometres away as well and is Turkey’s most photographed beach resort. A world centre for paragliding, it also boasts the famous Blue Lagoon and its own array of hotels. There are also beach bars, clubs and pubs, still doing a roaring trade despite slightly higher prices for being next to the Mediterranean.

But Ovacik is somehow a little more discerning. It’s not dull by any means. The village has its own nightlife, mainly centred on the high street.

But what the village has far more of than anywhere else in the immediate vicinity is a sizeable selection of modern condominiums, apartments and villas. By far the majority have been built within the last 30 years.

If you’re buying property in Ovacik, it doesn’t matter if you’re looking for a two-bed holiday home or a plush five- or six-bedroom villa with a pool and gardens. You can probably find a few to choose from. Prices may also surprise you if you’re more used to Europe. 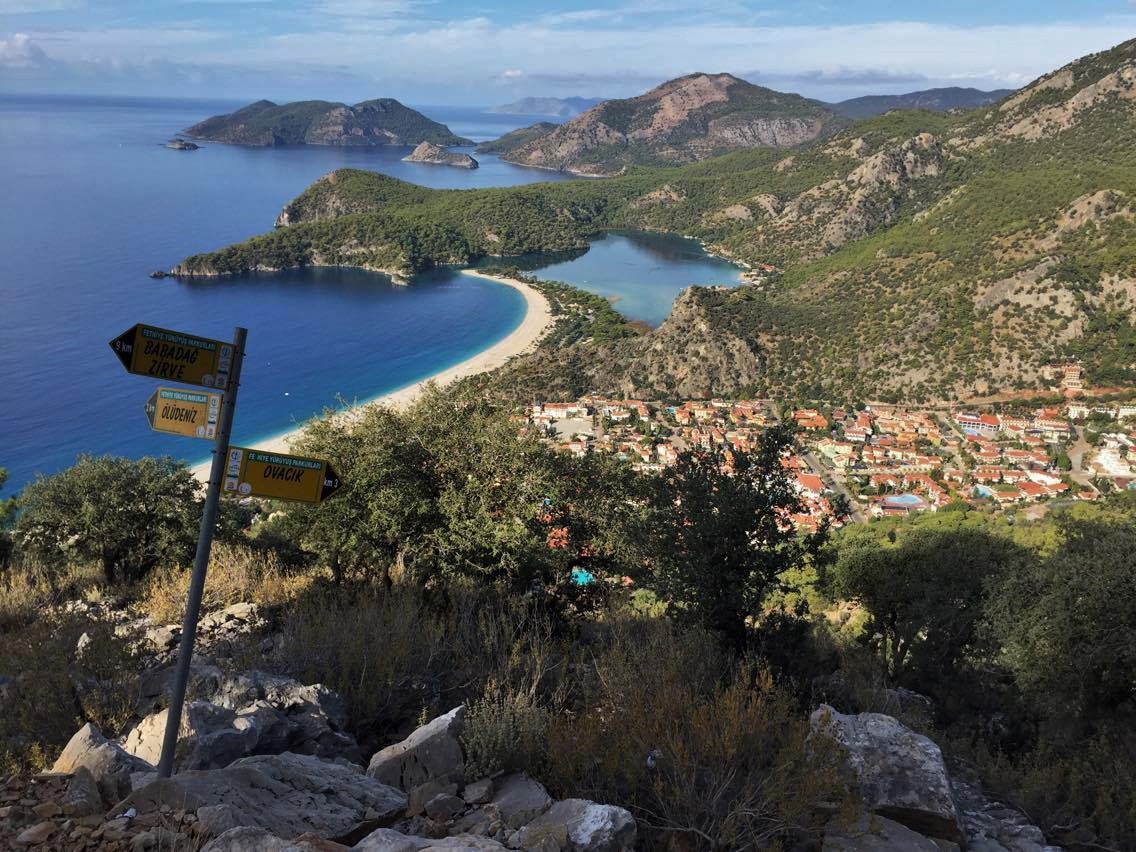 Although their frequency varies from summer to winter, the village is well served by the local public minibuses (dolmus). Services run to Hisaronu, Oludeniz, the tiny coastal hamlets of Faralya and Kabak, the historic village of Kayakoy and the nearby Mediterranean harbour town of Fethiye.

Most are usually reached within half an hour. Buses to Fethiye connect with services across the wider Mugla region, including Dalaman International Airport as well as the inter-city coaches to the big cities such as Izmir, Ankara and Istanbul.

Ovacik lies between the coastal conurbations of Fethiye and Oludeniz on a gently sloping plateau at the foot of Mendos and Babadag mountains.

As a relatively modern community, developed quickly over the last 40 years, there are few historic landmarks. A grand new mosque stands in a commanding position just off the main road to Oludeniz. Farmland on the western edges of the village hints at what life was like here back in the 1970s.

But, since then, Turkey has discovered the tourism dollar. Attractions now include the two water parks, a go-kart track, a paintball centre, and a good selection of hotels – some with water parks of their own.

One of the region’s newest attractions is the cable car to the 1,969m summit of Babadag, offering spectacular views over Oludeniz and Turkey’s Turquoise Coast. Facilities at the peak include a restaurant bar and grill. There’s a glass walkway over one of the world’s highest ponds stocked with koi carp and an extensive paragliding launch point.

Otherwise nearby beaches include the pebbly Belcekiz and Kidrak, and a selection of private beach clubs offering sandy shores and water sports around the Blue Lagoon. 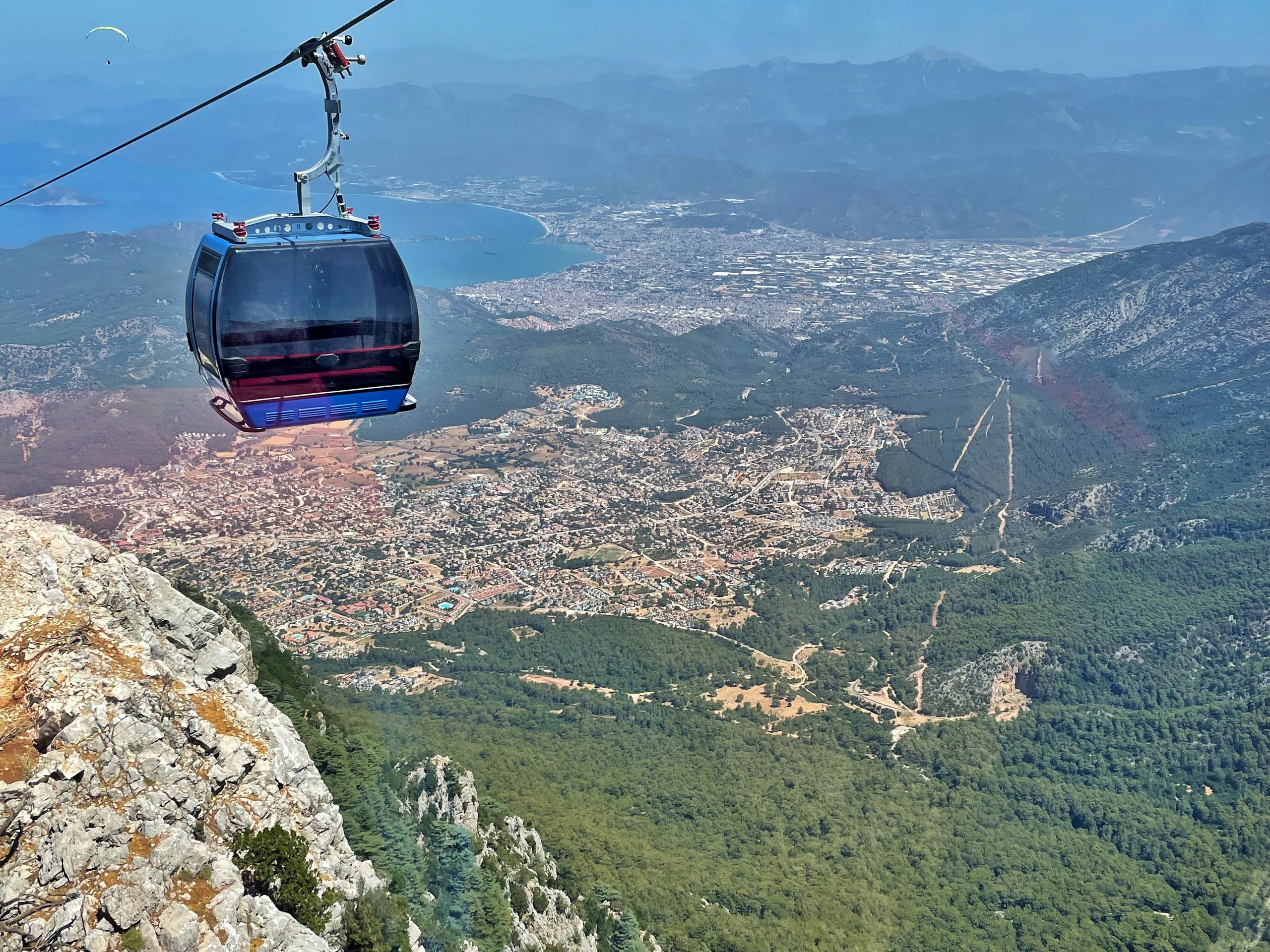 A view of Ovacik from the new cable car to the top of Babadag, with Fethiye in the far distance.

If you’re buying property in Ovacik, restaurants nearby cater for just about every taste in the summer including Thai, Indian and Chinese. There’s a good choice of bars too, whether you’re looking for an intimate evening or a more lively night out.

Quite a few remain open all year round, serving the local community and providing food, drinks and live music. There are also frequent quiz nights around cozy wood-burning stoves.

Boat trips sail daily in the summer from the beach at Oludeniz, heading for Butterfly Valley and other secret coves and bays inaccessible by road. If you enjoy mountain biking, walking or jogging  there are plenty of tracks to explore on the forested slopes of Mendos and Babadag.

There are a few hash groups in the area too. Others cater for kayaking enthusiasts, walkers and even quad-bike and off-road explorers.

Fethiye is the nearest large town and remains pretty much the same all year round. It’s home to the modern Erasta retail and leisure centre, which includes a cinema. The famous kordon promenade is lined with numerous restaurants and bars. More can also be found among the narrow alleys of the Paspatur (old town).

There are a few gyms dotted around the town. Many of the parks and gardens also include outdoor exercise equipment. It’s also possible to enjoy trips on the day boats which line the harbour. Some offer the day-long 12 Island Tour, some do sunset or moonlight cruises, some specialise in diving and others in fishing. 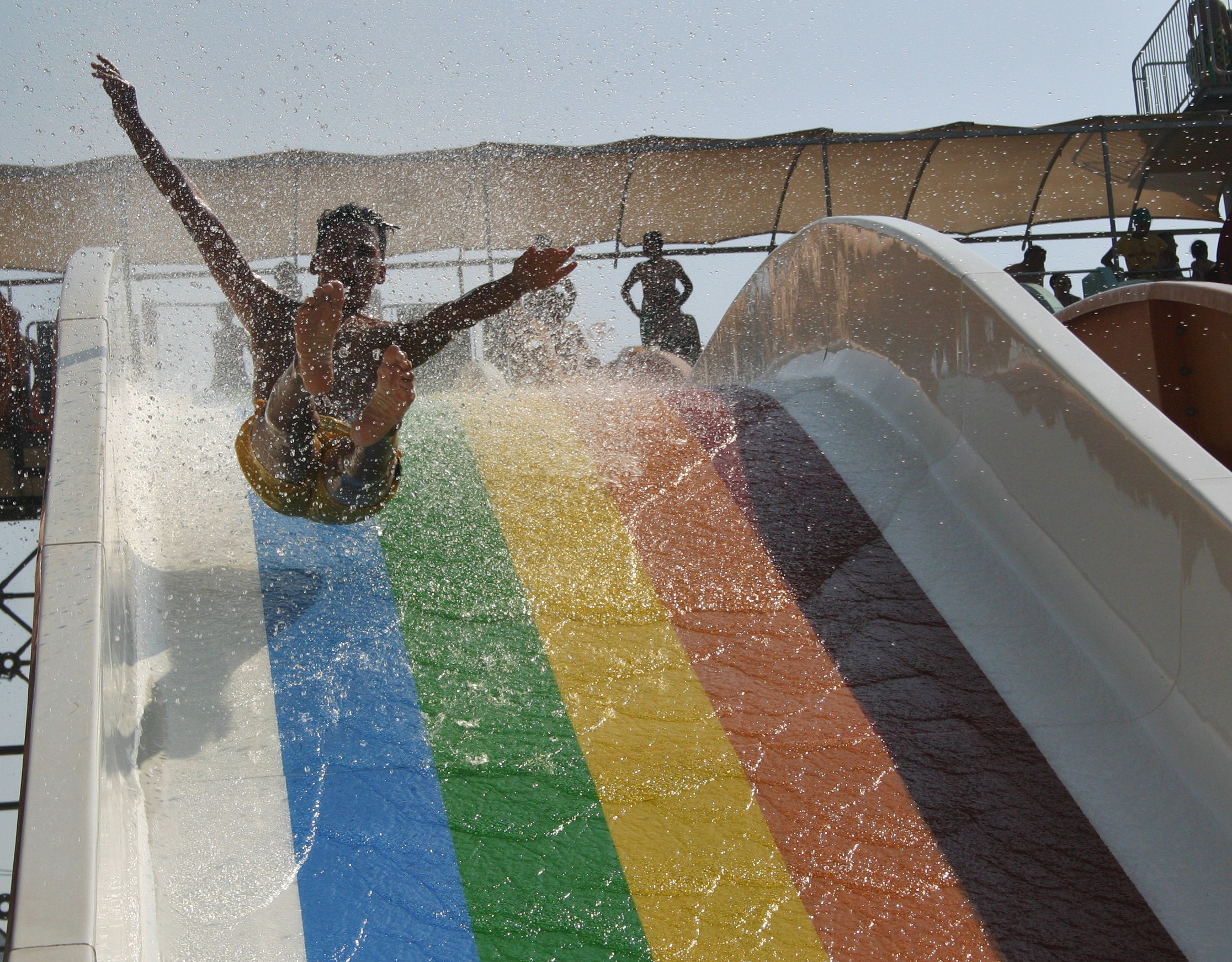 There are two water parks to choose from in Ovacik.

Until the late 1970s and early 1980s, Ovacik wasn’t much more than a small farming community.  Neighbouring villages such as Kayakoy and Fethiye itself have colourful tales to tell but Ovacik was pretty much a sleepy backwater – at least until relatively recently

Smaller hotels and “pansions” began to spring up for tourists looking for somewhere to stay close to the beach at Oludeniz. Larger ones followed with villas and condominiums built for expats deciding on a more permanent move.

Indeed, Ovacik now has a large British expat community. It’s also home to a few other European nationals. The Turkish population swells in the summer months as workers arrive to staff establishments in Hisaronu and Oludeniz. Of course, Turkish families also remain who can trace their roots back to well before the tourists arrived.

Ovacik’s position a little higher in the mountains means it enjoys cooler summer temperatures. Sometimes, there’s a little more rain in winter too. However, it’s ideal for growing colourful plants and flowers including buddleia and bougainvillea and oleander.

The village’s forest-edge location means tortoises are often found lumbering the streets. So too are visiting wild boar, attracted by the fruit trees and water sources. Smaller species living in the forests include red squirrels, foxes and badgers.

Colourful bird life includes European bee eaters and hoopoes. Some local species are also familiar to Europe, including the ubiquitous jays as well as blackbirds, robins, sparrows, chaffinches and goldfinches.

Although not common as they prefer to avoid contact with humans, Turkey is home to snakes and scorpions. Perhaps only the Ottoman viper presents a real health risk. The rest can still sting or bite but rarely pack enough venom to be of serious concern.

One thing most will tell you is that, if you compare Turkey to most of Europe, the cost of living is considerable cheaper. Utilities such as water and electricity for example are still a fraction of what you might expect to pay elsewhere. You can also feed a family at a much lower cost, particularly if you buy your food fresh from the markets.

Depending on where you choose, the bill for a meal out can also be a pleasant surprise. Just like anywhere else in the world though, the popular restaurants in the tourist traps charge more. The back-street lokantas offer tasty and traditional dishes for a fraction of the price.

Buying property in Turkey can be a sound investment. As a rule, asking prices are much lower. However, they have risen sharply in some of the more popular coastal regions due to demographic changes inspired by the global pandemic.

Nevertheless, it’s still possible to find a family-sized villa with its own grounds and a private pool in Ovacik for between £250,000 and £400,000, depending on size. An apartment sharing communal facilities might be as low as £125,000, depending in how many bedrooms you require.

For a detailed list of holiday homes and apartments available right now, you can view our current portfolio here.

Buying property in Turkey – how can we help?

If you would like some hints and tips about buying property in Ovacik, feel free to give us a call. We are also here if you’d like a heads-up on how to plan. We can also offer a no-obligation chat about the pros and cons of investing in property or moving to Portugal or Turkey.

But we’re not just about the buying and selling of homes. We’re happy to help with the logistics, paperwork and advice before, during and after your move. We’d love to help if we can.

Alternatively, feel free to browse our blog for previous posts you may find useful or, if you’d like to check out our full portfolio, you can find details of properties currently on our books right here. You can also keep up to date with our Facebook page here.

Luxury Apartments for sale in Istanbul

Luxury Sea-View Villa in Kalkan is For Sale 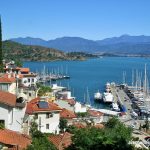