If you’re considering buying property in Fethiye, few would blame you. After all, the Mediterranean harbour town enjoys an idyllic location. It’s more or less in the centre of Turkey’s famous Turquoise Coast. 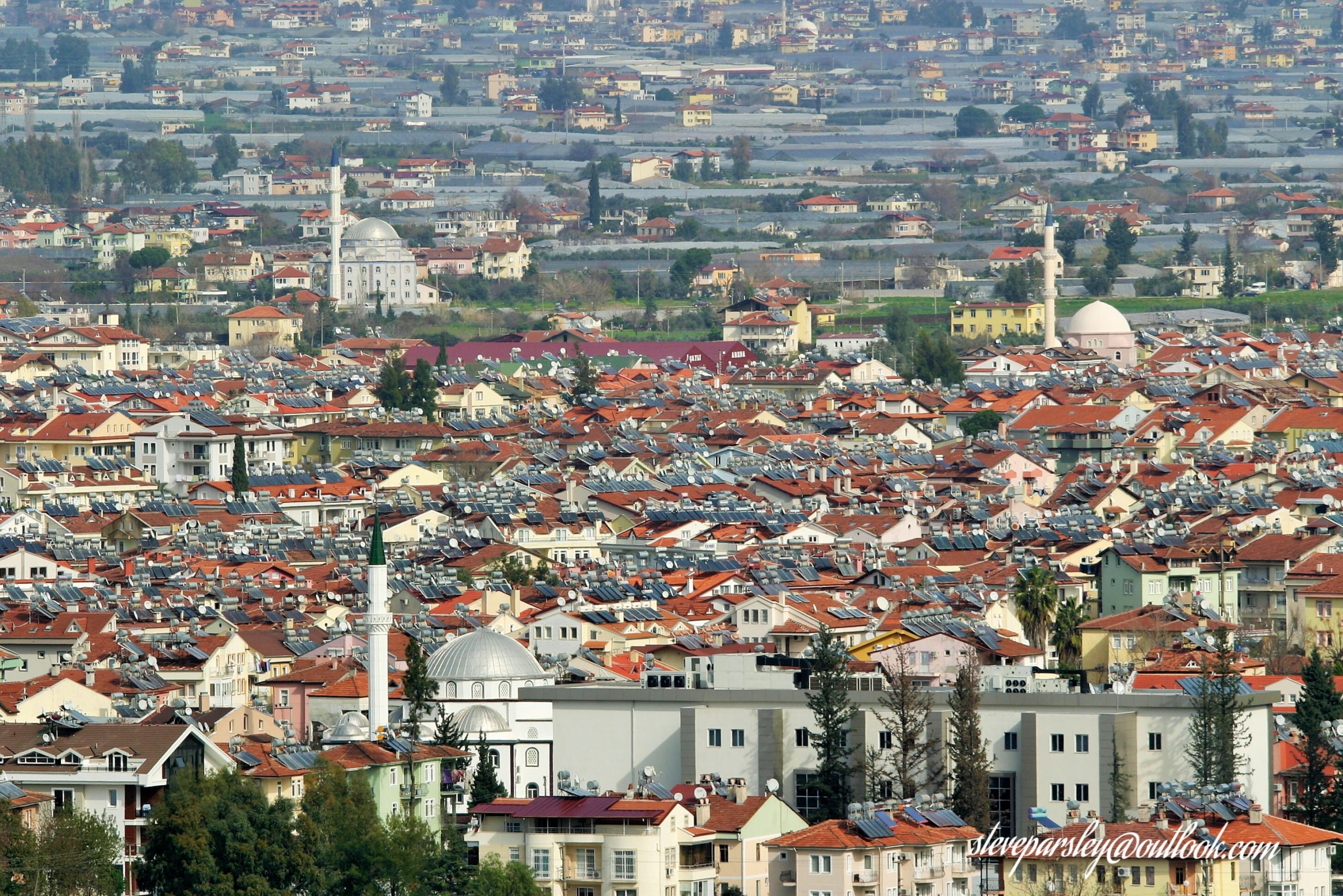 Some of the region’s best known holiday hot spots are less than 30 minutes away by car. Green forested mountains surround the town. It’s also within an hour’s drive from the international airport at Dalaman.

Many of our readers will probably have visited or passed through on holiday. But what is Fethiye like if you choose to call it home? We hope we can offer some helpful answers:

The modern town of Fethiye has a population of around 85,000 at the last count, although the figures may be higher since the advent of COVID19. The pandemic has persuaded many to leave the larger cities for the smaller coastal towns. They are perceived to be less at risk from the virus.

As a result, there has been a significant spurt of construction in recent years. New accommodation has been springing up in the outlying districts.

There is also the harbour area around Karagozler and, of course, the beach and promenade at Calis. The latter is a popular choice among British expats and famed as a location for scenes in the James Bond adventure, Skyfall. 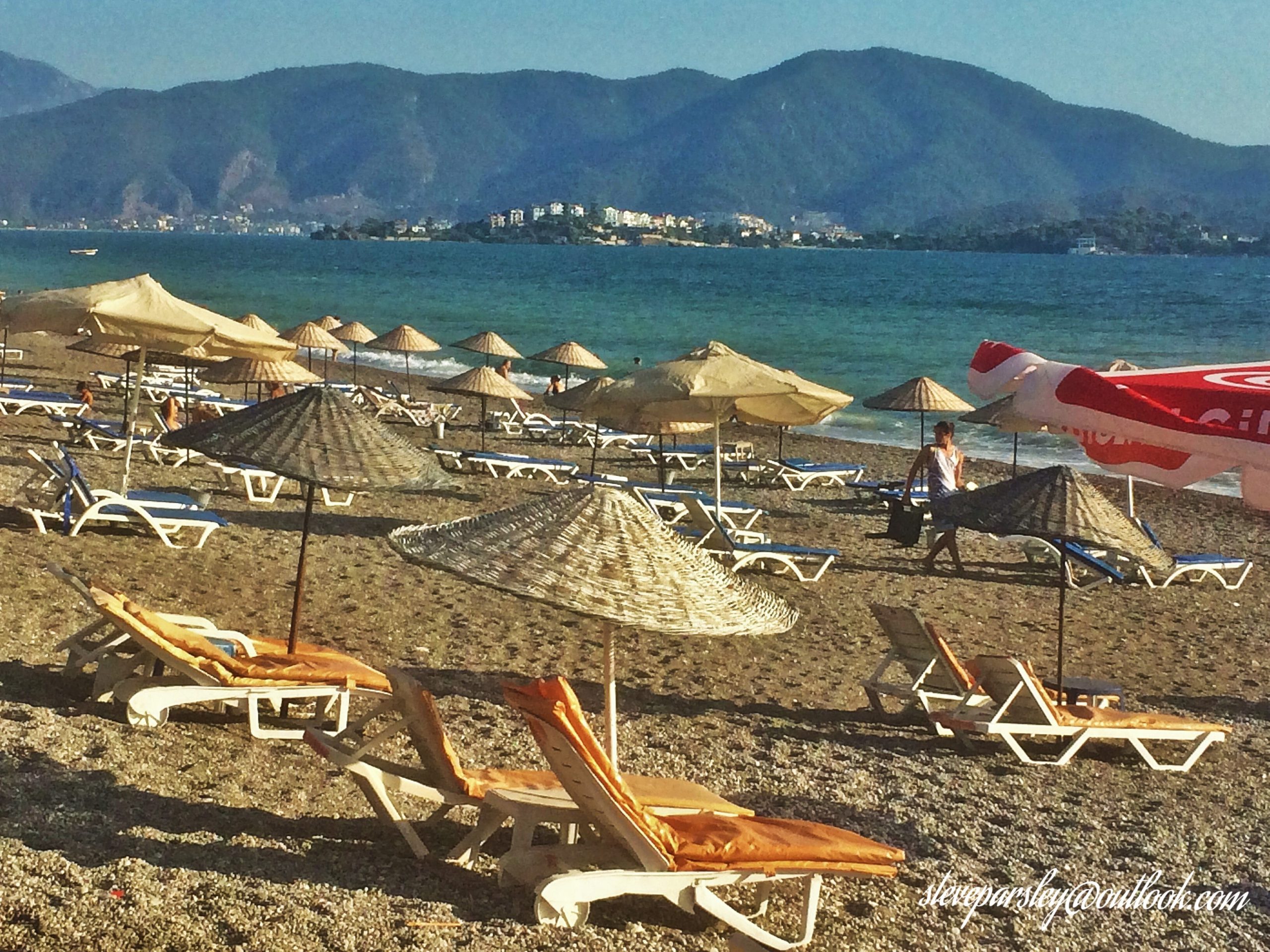 Calis beach is a popular place to swim and relax and also well-known locally for its many bars, restaurants and beach clubs

The town doesn’t yet boast anything like the colourful trams you find in Istanbul. However, it does benefit from a comprehensive, cheap and relatively modern bus network. Services feed into the central terminus adjacent to the modern Erasta shopping centre.

The “otogar” welcomes the “dolmus” (minibus) services from most of the outlying villages. However, the larger intercity coaches also stop here. Fethiye therefore connects with destinations such as Istanbul, Izmir and Ankara.

There are few railways in Turkey’s south-east but a yellow taxi is never far away. They can offer a relatively cheap, comfortable and door-to-door trip to your chosen destination. One word of advice we would give though is to ask the driver for a price before you set off.

Some would argue you need to buy a home in Fethiye to have time to visit them all!

Perhaps the most popular is the Kordon – the 1.5 mile promenade from the harbour to the new park commemorating the aviator Fethi Bey who gave the town its most recent name.

Also a landmark in their own right, the gardens boast a host of follies, sculptures, water features and playgrounds with views across to Şövalye island.

The Lycian rock tombs carved into the cliffs overlooking the town are also worth a visit. The old fort, an amphitheatre and the Paspatur (old town) are just below.

The town centre is also home to a museum and more parks and gardens, with hints of the town’s rich heritage intertwined with more modern features. Just like every community in Turkey, there are several statues commemorating the republic’s founding father Mustafa Kemal Atatürk. 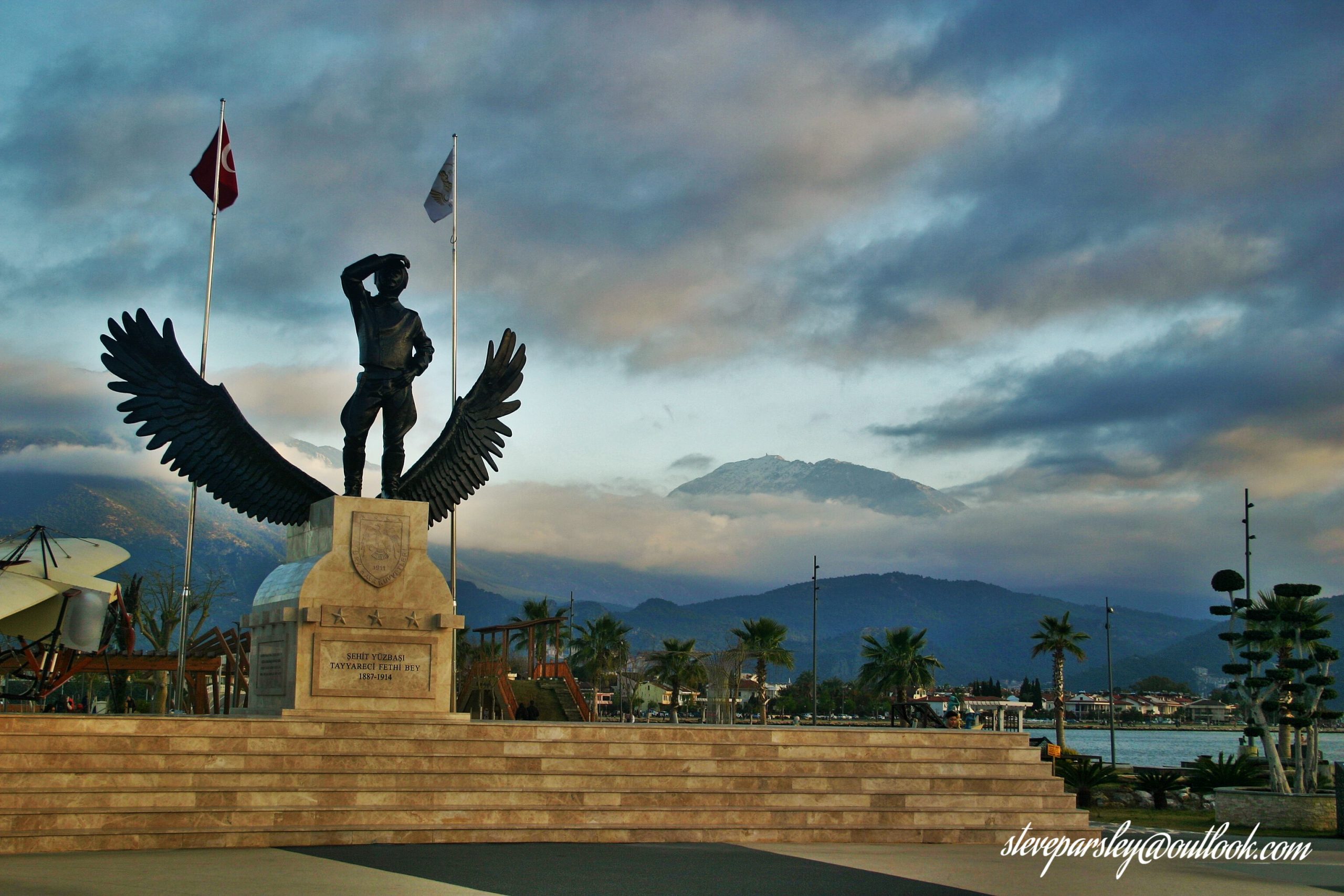 The statue of Fethi Bey overlooking the bay from the town’s newest park and recreation area.

The most popular destinations among the locals are the many restaurants and bars lining the Kordon. There are also lively clubs and bars among the narrow alleys of the Paspatur. Families and friends also picnic on the grass and in the parks along the Kordon to watch spectacular sunsets.

Fethiye also boasts two cinemas – one at Erasta and another in the pedestrianised section of the town centre close to the harbour. Most major Hollywood films are shown in their original English for a few nights. The version dubbed in Turkish then takes over.

There are a few gyms dotted around the town although many of the parks and gardens include outdoor exercise equipment. It’s also possible to enjoy trips on many of the day boats which line the harbour. Some offer the day-long 12 Island Tour, some do sunset or moonlight cruises, some specialise in diving and others in fishing.

The 3.5km long pebbly beach and promenade at Calis are also popular. Sandy beaches and entertainment are also available at private clubs such as Help, Sea Me and Kuleli around the Fethiye Peninsula.

The Erasta shopping centre opened in 2014 to offer a modern retail experience. However, many still flock to the quaint, narrow alleys in the Paspatur. After all, the atmospheric old town is still home to many traditional lokantas as well as outlets selling trinkets and souvenirs, soft Turkish linens and even carpets. 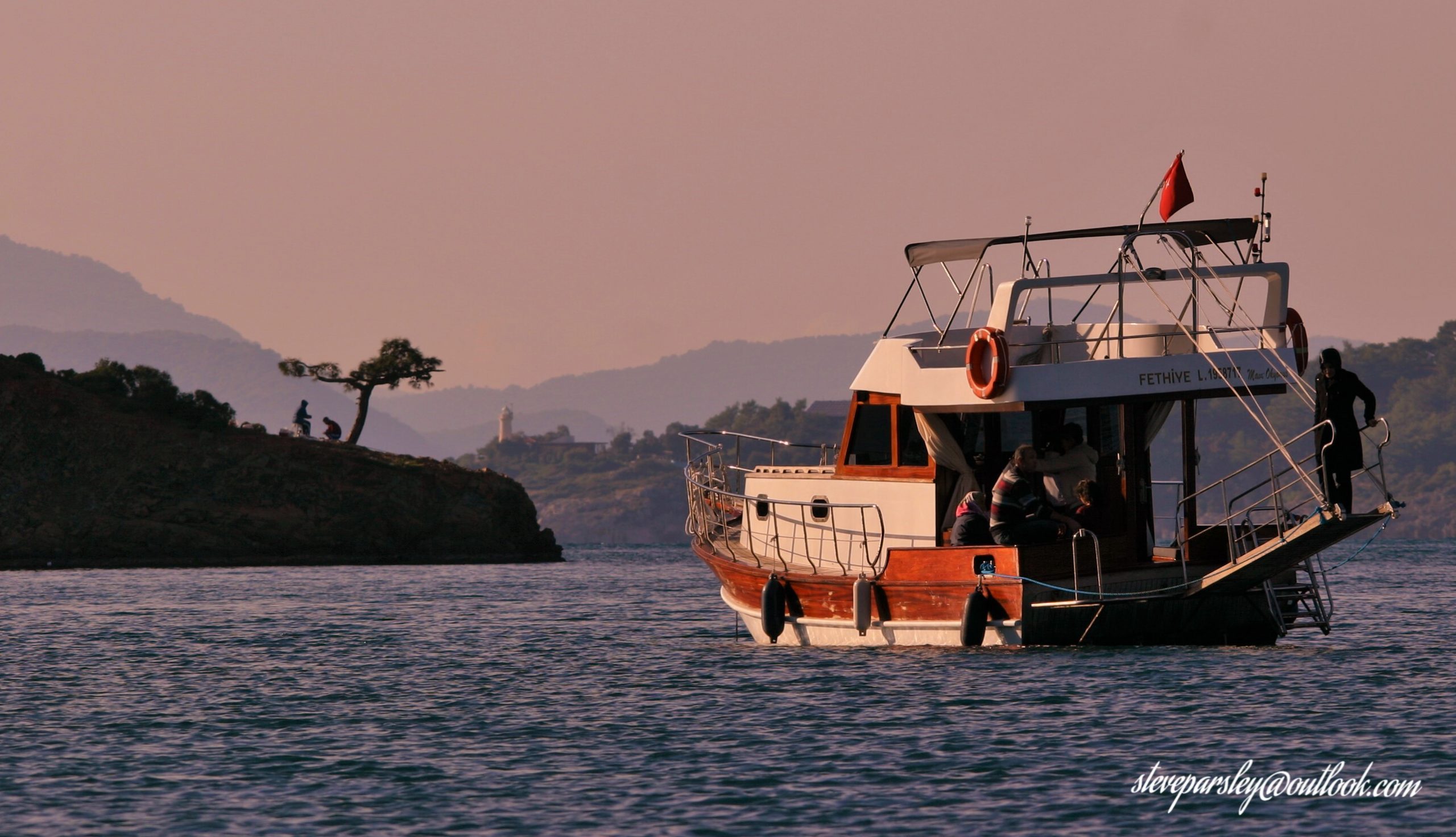 If you’re considering buying property in Fethiye, a boat trip is a grand way to spend a day.

Fethiye has a chequered history including as the Hellenistic port of Telmessos. It was also part of the Persian, Roman and Byzantine empires and, by the 10th Century AD was known as Makri.

Makri fell to the Turks around 300 years later after which it was referred to locally as Meğri during the Ottoman era. However, by the 19th Century, people of Greek origin had settled in large parts of the area. They stayed until the early 1920s when they were sent back to Greece under the terms of the population exchange agreed between Turkey and Greece at the end of the conflict between the two countries after the First World War.

Makri / Meğri was then renamed Fethiye in 1934 to commemorate famous Turkish aviator and adventurer Fethi Bey who died while trying to fly from Istanbul to Cairo in 1914. 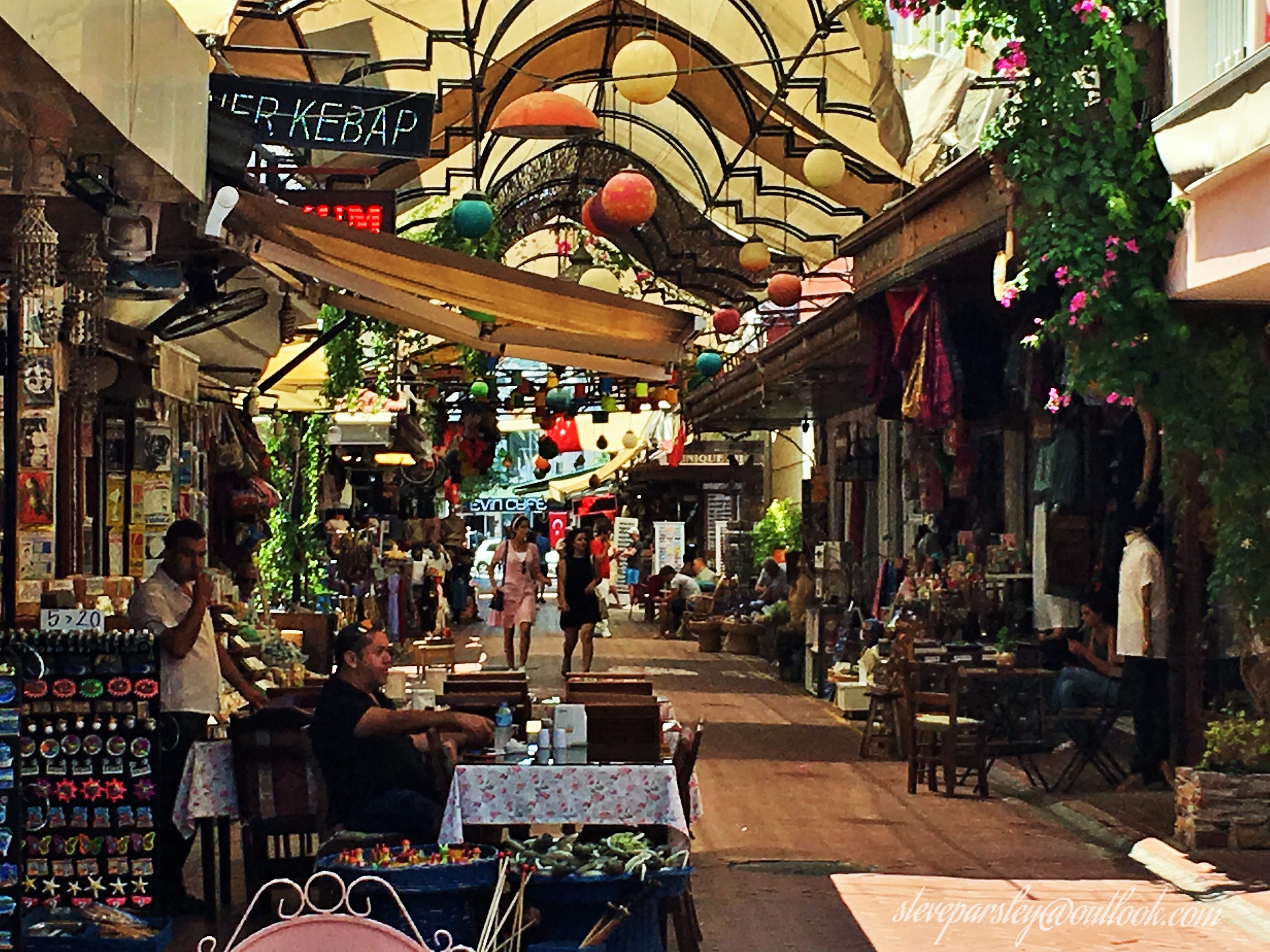 The narrrow streets and alleys of the Paspatur (old town) offer a flavour of Fethiye’s rich hertitage.

One of the most exciting sightings visitors and locals can enjoy are the occasional pods of dolphins which visit Fethiye Bay. Calis beach is also a nesting ground for loggerhead and green turtles who return every summer.

Storks also nest of some of the pylons and rooftops around the area. European bee eaters and hoopoes are also colourful seasonal visitors.

Large mammals in the forests on the edge of town include wild boar. There have also been sightings of shy and skittish grey wolves more recently. The wolves are immensely wary of human contact though and their low numbers mean they present little or no risk to people.

Smaller species include numerous species of lizard, plenty of tortoises as well as red squirrels, foxes and badgers.

However, new arrivals need to be aware of the possible presence of snakes, scorpions, hornets and spiders – although perhaps only the Ottoman viper presents a real health risk. The rest can still sting or bite but rarely pack enough venom to be of serious concern. Should you be unfortunate enough to be a victim, a precautionary visit to one of the three local hospitals for anti-venom is usually enough. 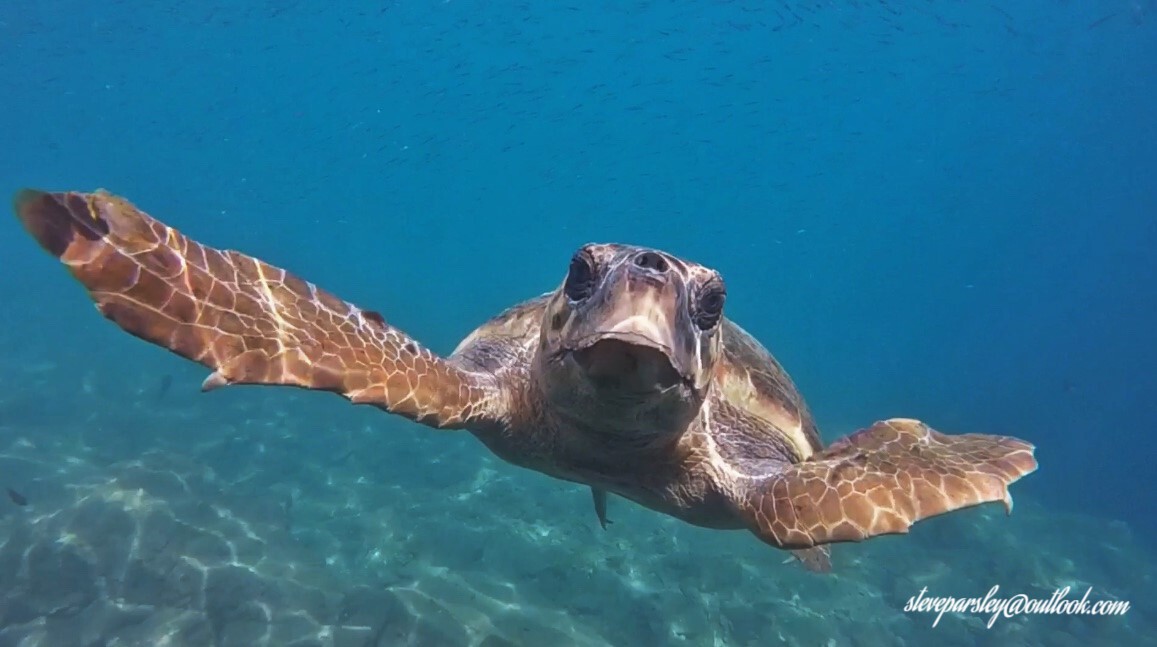 One thing most will tell you is that, if you compare the Fethiye region of Turkey to most of Europe, the cost of living is considerable cheaper.

Although they have increased considerably over the last decade, utilities such as water and electricity are still a fraction of what you might expect to pay elsewhere. You can also feed a family at a much lower cost, particularly if you buy your food fresh from the markets or local suppliers rather than the superstores.

Clothes and shoes cost much the same, save for the “genuine fake” designer goods from the ubiquitous markets which do feel like a bargain. However, the standard of finishing can also leave something to be desired. You may find items purchased at the local department store actually last longer. It really depends on the importance you place on a badge or brand.

Depending on where you choose, the bill for a meal out can also be a pleasant surprise. Just like anywhere else in the world though, the popular restaurants in the tourist traps will charge more. The back-street lokantas offer tasty and traditional dishes for a fraction of the price.

If you’re considering buying property in Fethiye and you’d like some hints and tips, feel free to give us a call.

We ‘re not just about the buying and selling of homes. We can help with the logistics, paperwork and advice before, during and after your move. Feel free to get in touch. We’d love to help if we can.

Luxury Villa For Sale in Ovacik 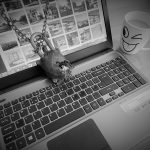 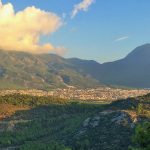