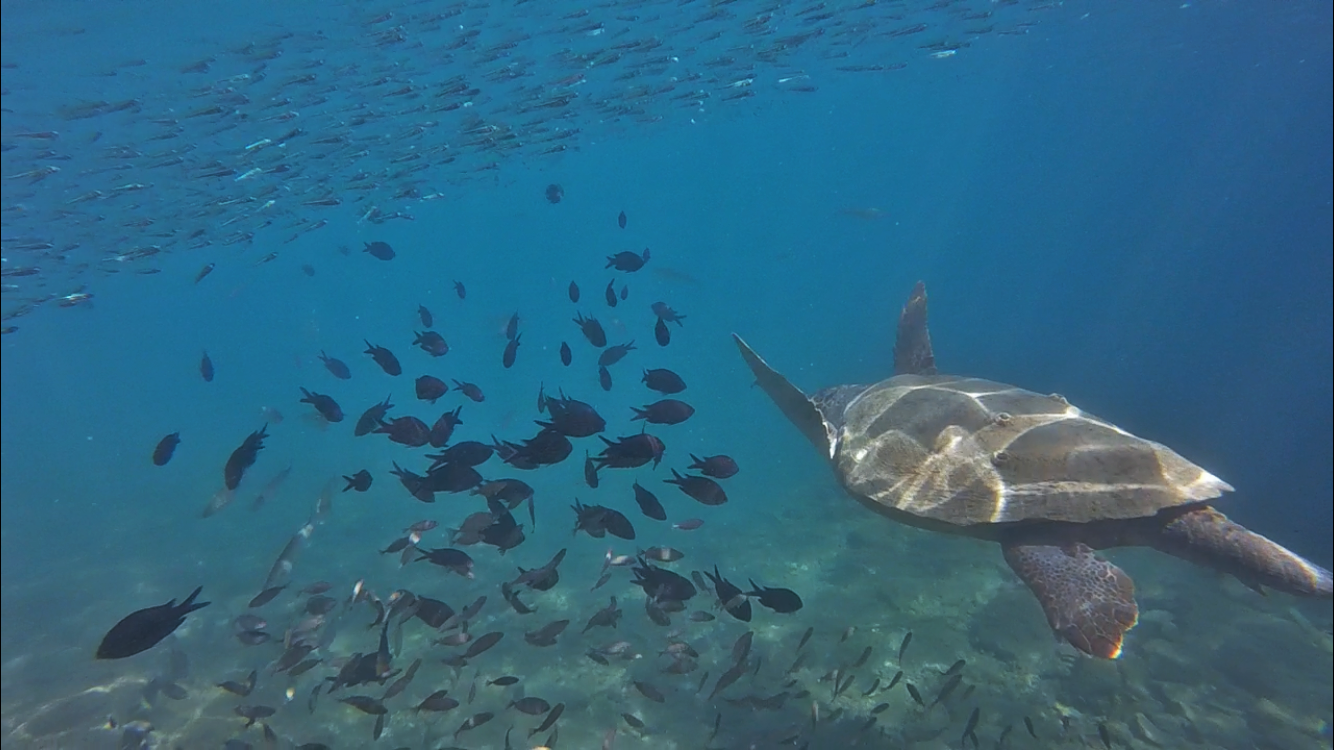 If you’re considering buying property in Dalyan and you were to ask anyone who knows the town  to describe it, there’s a good chance they’ll mention sea turtles within the first few sentences.

After all, the fight to protect the local nesting grounds on Iztuzu Beach from development back in the late 1980s won some pretty hefty backing, not least from renowned TV botantist David Bellamy and even Prince Phillip.

But, although it’s an important part of the town’s rich heritage and the story of Captain June still resonates today, as a place to live, Dalyan has much more to offer – not least its appeal as a quirky riverside resort rather than one which relies on a sand and sea.

But there’s something about Dalyan itself that sets it apart both as a destination and as a home. We hope this blog helps to capture something of that unique ambiance you can expect after buying property in Dalyan: 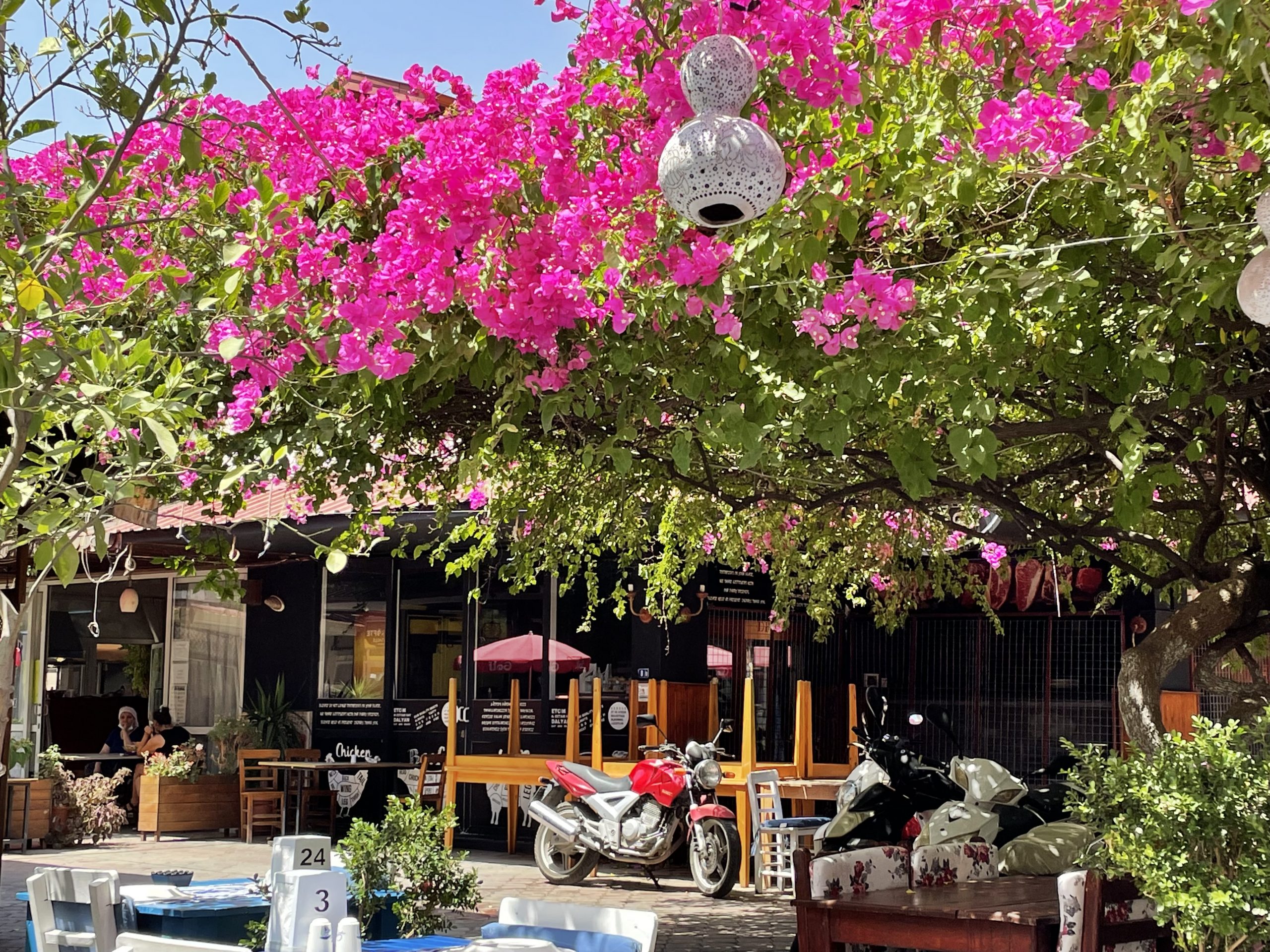 As a small, compact town Dalyan doesn’t really have much in the way of urban sprawl. The suburbs therefore remain largely anonymous.

The town is located just off the D400 dual carriageway connecting Izmir, Fethiye and Antalya along the Turquoise Coast. As well as a large weekly market, Ortaca is also home to a decent selection of high street brands and supermarkets. There are also plenty of independent shops and businesses, restaurants and bars.

Like anywhere else in western Turkey, Dalyan’s minibus (dolmus) services are regular – although more so in the summer season. Destinations include nearby Ortaca as well as Dalaman, Fethiye and the famous Dekamer turtle rescue centre at Iztuzu Beach.

However, locally, Dalyan residents can also enjoy water taxi services along the river and across the lake to Koycegiz. Others also visit the mud baths at Sultaniye as well as the Beach Club at Iztuzu. Dalaman International Airport is within a half-hour drive. 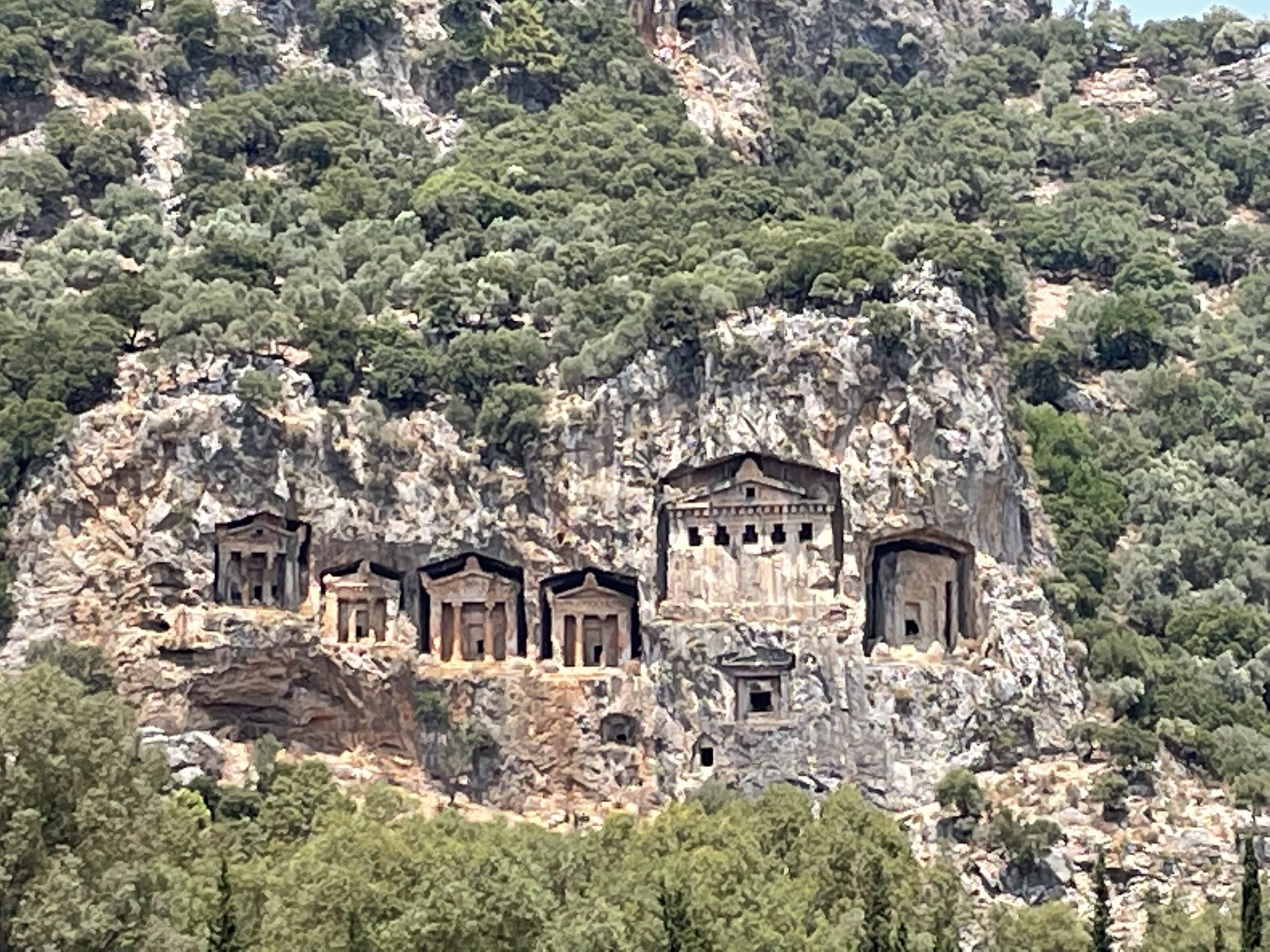 Although sea turtles secured a place on the map for Dalyan, the town’s heritage and strategic position have also played a part.

Indeed, the Lycians, who inhabited the the town in around 400BC left behind the rock tombs carved into the mountainside. Most are clearly visible from much of the town today.

However, the trading port of Kaunos is thought to have existed for as long as six centuries before the tombs appeared. In those days, what is now Dalyan was open to the sea before the river beds and estuary silted up, forming the reed beds evident today.

The city continued to prosper throughout the Roman era until around 625AD. After that, marauding pirates and Muslim Arab armies occupied the area, making the merchants’ lives that little bit harder. They were later followed by Turks from the east who conquered much of the Mediterranean coastline by the 14th Century.

However, a malarial epidemic around a century later provided the final straw for Kaunos. Citizens abandoned the city to the advancing silts and sands which buried what remained. The ruins were only rediscovered by an English archaeologist in the mid-1800s.

Today, the turtle rescue centre at Iztuzu, the river boat trips and the mud baths at Sultaniye are also popular destinations. All are accessible by road but many prefer private boat trips which can be booked at any of the kiosks along the riverside in Dalyan itself. 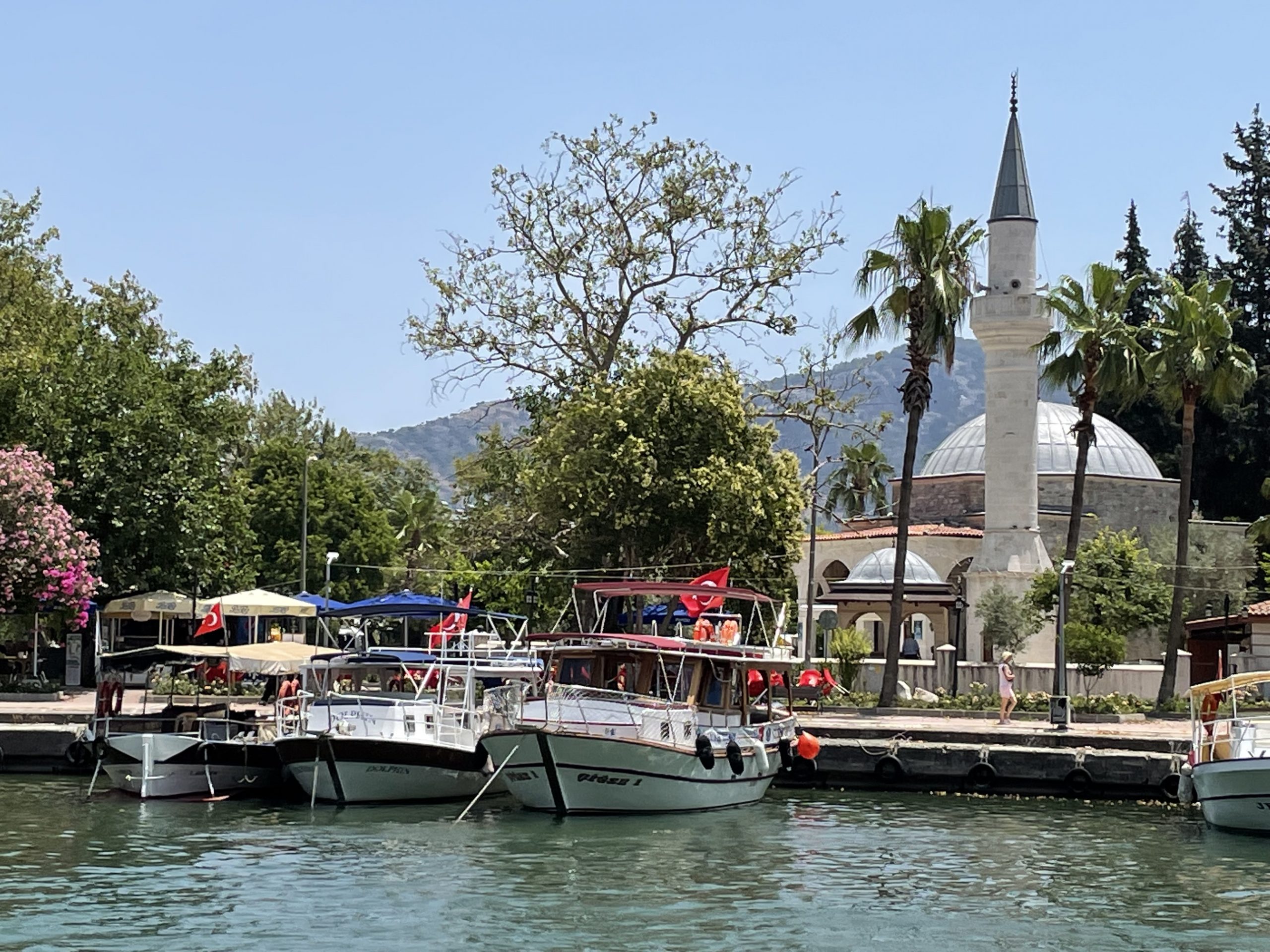 Although not a party town, Dalyan is by no means dull. It may not be “in your face” but, nevertheless, the town has a thriving nightlife. Tourists are catered for by the many bars and restaurants along the main strip. However, for those who prefer to seek out a more authentic experience, it’s worth exploring some of the side streets and courtyards.

During the day, kayaking is also popular thanks to the proximity of the river and lakes. Although Dalyan is surrounded by mountains, the delta’s topography is also ideal for walking and cycling.

And then, of course, there are the boat trips. You can catch the water taxi to the beach, to Koycegiz, enjoy a moonlight or sunset cruise – the choice is yours. 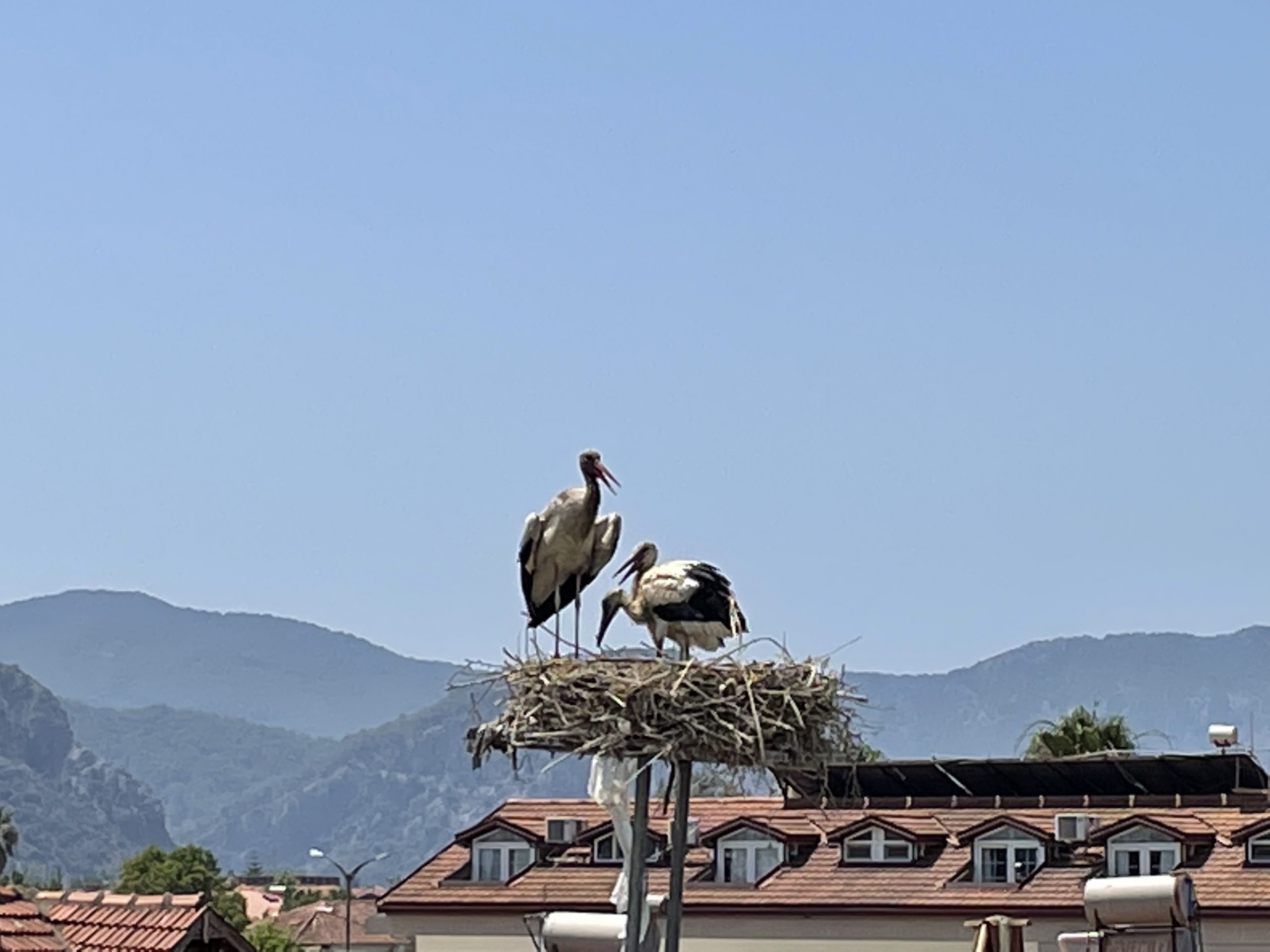 Despite the town’s indelible link with sea turtles, other species of wildlife abound in the reed beds which line the river and the delta, including numerous species of wader and duck. Look carefully and you may spot terrapins, freshwater Nile turtles or even the mullet and sea bream which migrate up the river to Lake Koycegiz to spawn.

Every spring, majestic storks also head for nest sites established in parts of the town for decades while the forests around the area are home to wild boar and smaller mammals including foxes and badgers. Tortoises are also pretty common along with colourful lizards, toads and frogs.

It’s worth bearing in mind that Turkey is also home to some exotic species of snake, scorpion and spider. However most prefer to avoid human contact so spotting them in Dalyan itself is pretty unlikely. Nevertheless, it’s wise to be alert to the risks they pose if you’re a walker and enjoy the countryside.

The Ottoman viper is really the only one which presents a significant health risk. The rest can still sting or bite but rarely pack enough venom to be of serious concern.

Buying property in Turkey can be a sound investment. However, Dalyan is one of the hotspots where prices have risen during the recent pandemic. This is because of the increase in demand for country homes close to the Mediterranean and within easy reach of decent amenities.

That said, asking prices may still seem reasonable to those more familiar with, say, London or Lisbon. For example, family-sized villas with gardens and pools are still available for under £200,000. A modest apartment may costs even less.

However, a budget of £300,000 would be realistic for a contemporary, luxury, four-bedroom villa with a pool – particularly if you’re considering the town’s lucrative buy-to-let market which is currently offering investors a solid return.

If you’re considering buying property in Turkey, you will probably find you can also feed a family at a much lower cost, particularly if you buy fresh from the markets.

Fuel is also a little cheaper – although the purchase price of a car is likely to be a bit of a shock. A new imported model is probably going to be considerably more than in Europe but it will keep its value.

Depending on where you choose, the bill for a meal out can also be a pleasant surprise. Just like anywhere else in the world though, the popular restaurants in the tourist traps will charge more. The back-street lokantas offer tasty and traditional dishes for a fraction of the price.

For a more detailed list of properties available in the area right now, you can view our current portfolio here.

If you’re considering buying property in Dalyan and you’d like some more hints and tips, feel free to give us a call. We’re also here if you’d like a heads-up on how to plan or even just a no-obligation chat about investing in property in Turkey.

It’s not just about the buying and selling of homes. We would be delighted to help with the logistics and paperwork before, during and after your move.

Alternatively, feel free to browse our blog for previous posts you may find useful or, if you’d like to check out our full portfolio, you can find details of properties currently on our books right here. You can also keep up to date with our Facebook page here.

Large Villa For Sale In Ovacik 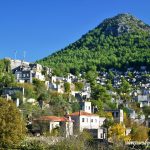 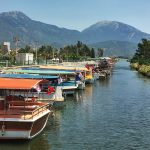