If you’re considering buying property in Calis the fact it’s dubbed Little Britain by some and translates as “work” for local Turks probably tells you a bit about its popularity.

Just to the north of central Fethiye on Turkey’s Mediterranean coast, it’s famous for its 4km beach, famously featured in the 007 adventure, Skyfall. 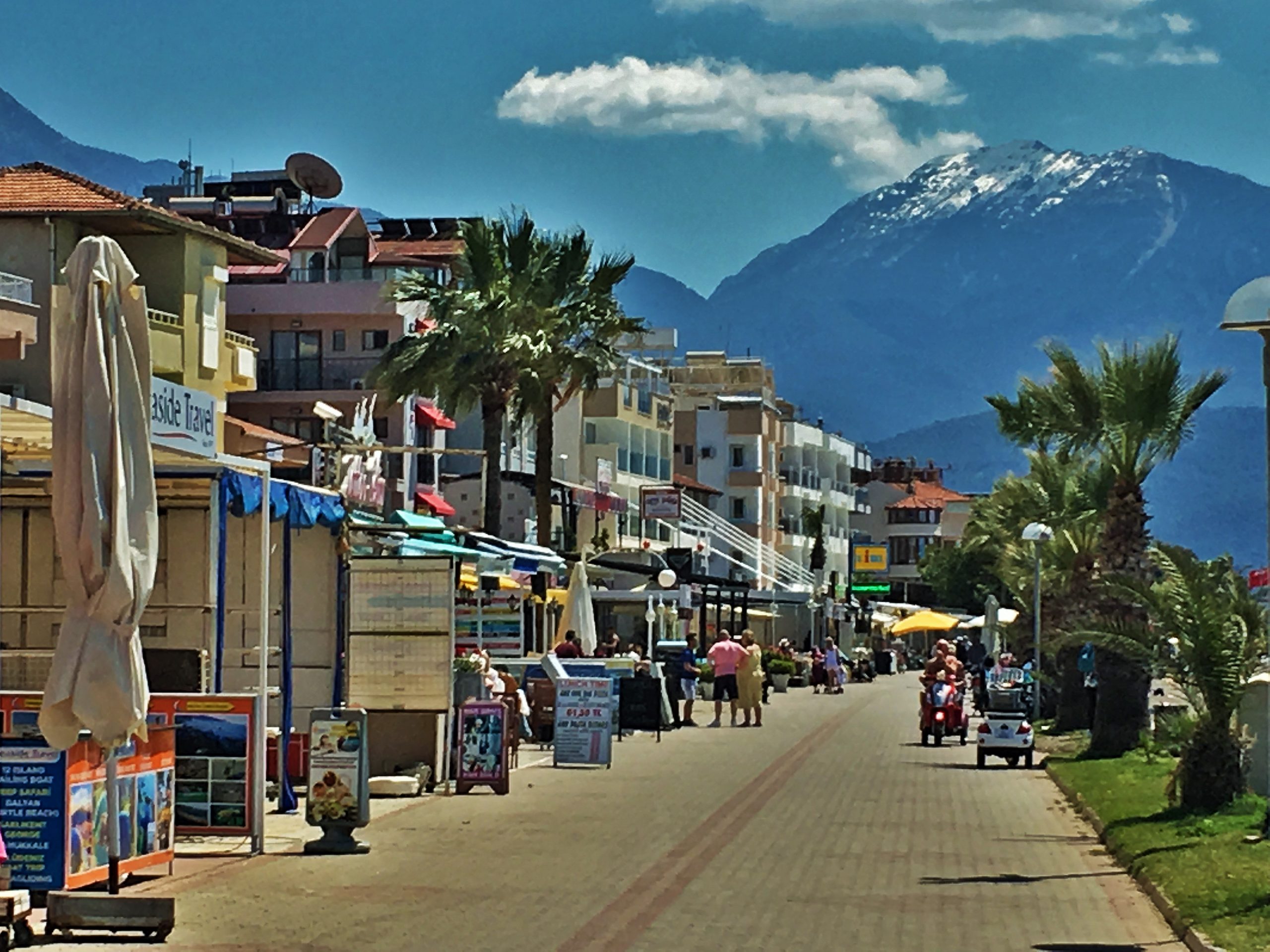 But James Bond isn’t the only Englishman to have discovered the sunny summer resort. Indeed, Calis is renowned as a popular home-from-home for both British expats and visitors from up and down the country. Liverpudlian, Geordie, Scottish, Welsh, Cockney and Irish accents are just as common here as homegrown Turkish ones.

A glance at the menus in the bars and restaurants along the mile-long prom also tells the same story. Curries, fish-and-chips and bacon and eggs are just as popular as kebabs and kofte. Keep an ear to the ground and you might even hear which bar has unearthed a supply of John Smith’s.

But what exactly is it which makes this corner of Turkey so popular as both a home and a holiday destination for Brits abroad? We hope our blog covers at least some of them:

Calis is a suburb in itself so doesn’t really have that many smaller communities within it, save for Koca Calis, comprised mostly of beach clubs and water sports centres and a number of condominiums along the northern and more sandy end of the beach.

However, the Mugla region’s rapidly-growing tourism industry means some of the villages around and about are also developing fast. Examples include Kargi and Ciftlik , which – in theory at least – also embrace the huge TUI and Likya holiday complexes on Akmaz Beach. 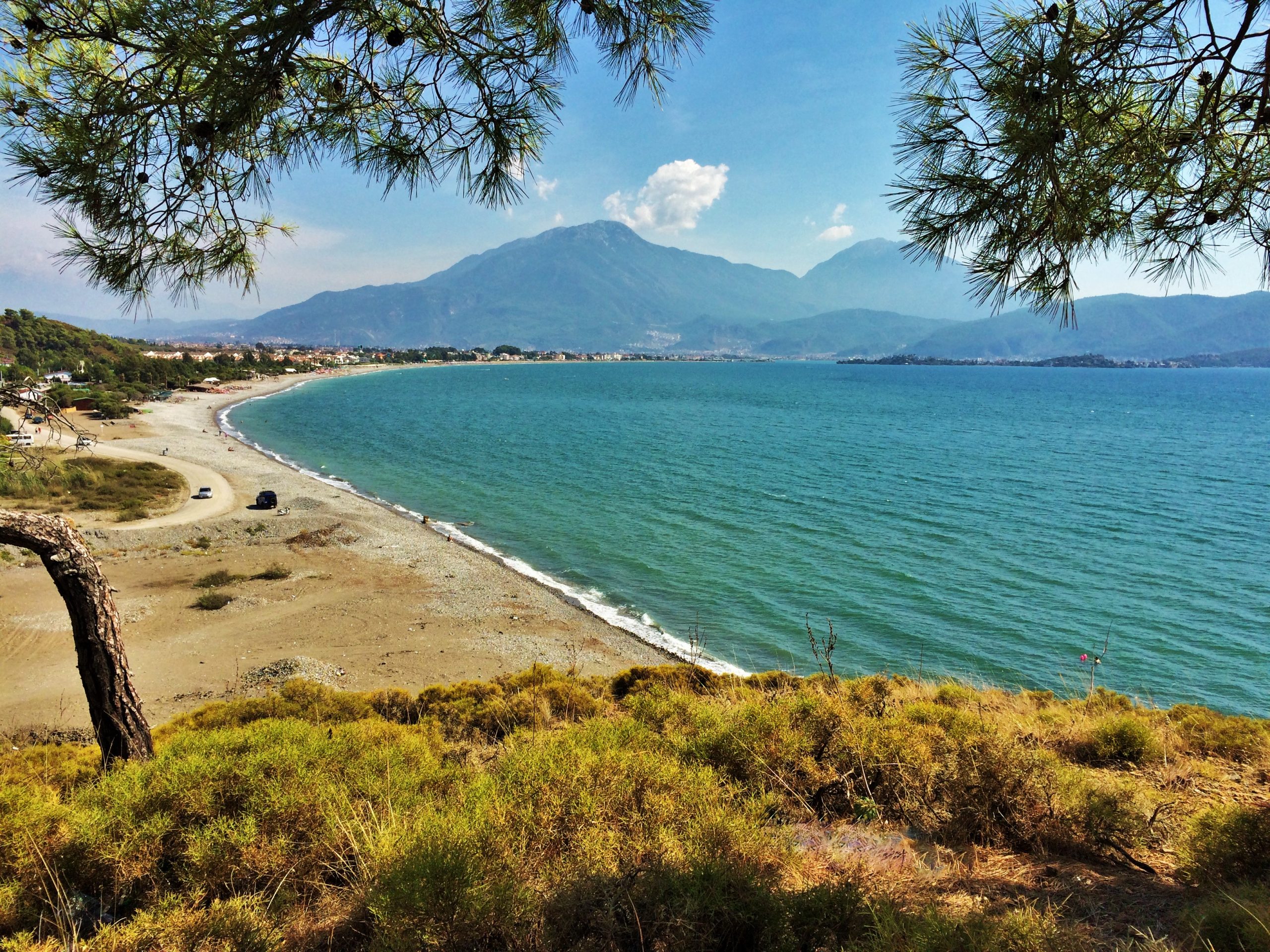 The ubiquitous dolmus services run regularly between Calis and central Fethiye. They also connect the community with outlying towns and districts including Gocek, Yaniklar and even Dalaman and Dalyan further up the coast towards Marmaris.

However, Calis is unique in benefiting from a water taxi service to central Fethiye in the summer. It might take a bit longer than by car but is an inexpensive experience in itself. An added attraction is the chance of spotting the dolphins and sea turtles which sometimes visit the bay.

However, if you miss your bus or boat and don’t want to wait a few minutes for the next one, Calis boasts plenty of taxi ranks. Its proximity to the D400 dual carriageway also means Dalaman International Airport is under an hour away by car. Coaches from the bus station in central Fethiye also run regularly to the country’s major cities, including Antalya, Izmir and Istanbul.

As a relatively new community constructed largely on reclaimed marshlands, Calis diesn’t have a rich history. However, it can tell quite a story as an increasingly popular seaside resort.

Of course, the most significant attraction is the beach, hugely popular among locals and visitors for its spectacular sunsets. For a few months in the summer, sections also become nesting grounds for sea turtles. Areas of marshland have also been preserved for birdlife.

The Sat peninsula also offers boat shuttles to the famous Sovalye island – a CGI version also included as the bad guy’s lair in the Skyfall film. In reality though, it boasts a popular restaurant and pleasant footpaths offering views back towards Fethiye and the surrounding mountains. 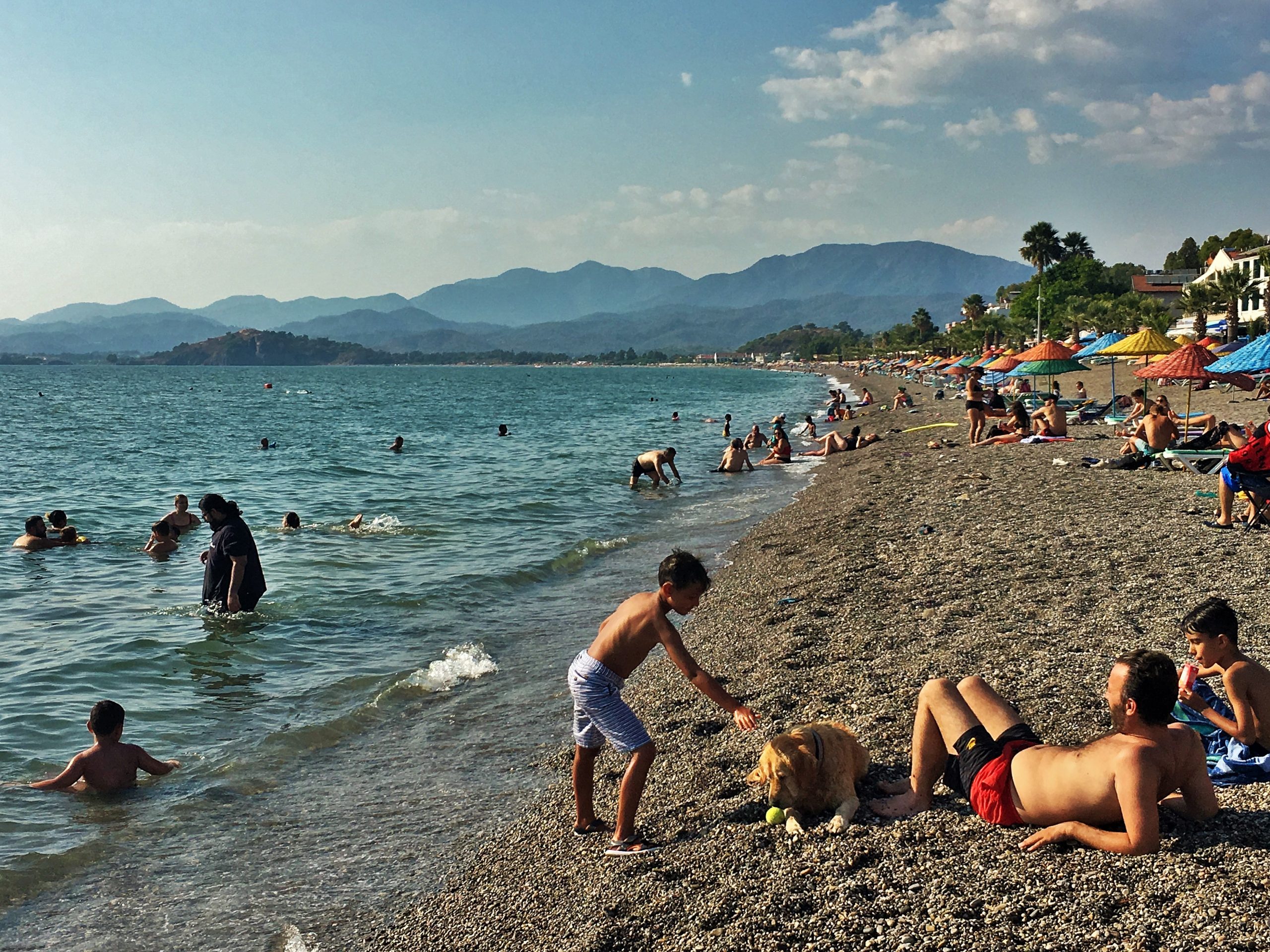 One thing it’s hard to be in Calis is bored. As entertaining visitors is the community’s raison d’etre, there’s a long list of things to see and do.

An even wider choice of boat trips are available from Fethiye harbour, including fishing and scuba-diving excursions.

As for nightlife, the promenade along the sea front is usually busy by day. However, it really comes alive on summer nights. There are numerous restaurants serving favourite dishes from China, India, Turkey and the UK. Lots of bars also provide entertainment including quizzes, live music and karaoke. If you prefer, there are also lots of spots to just sit and take in the sounds of the waves on the beach.

Out of season, quite a few of the popular nightspots remain open. Calis is also home to regular car boot sales, charity events and the annual Christmas Fair. The latter usually attracts thousands for all over the region in early December. 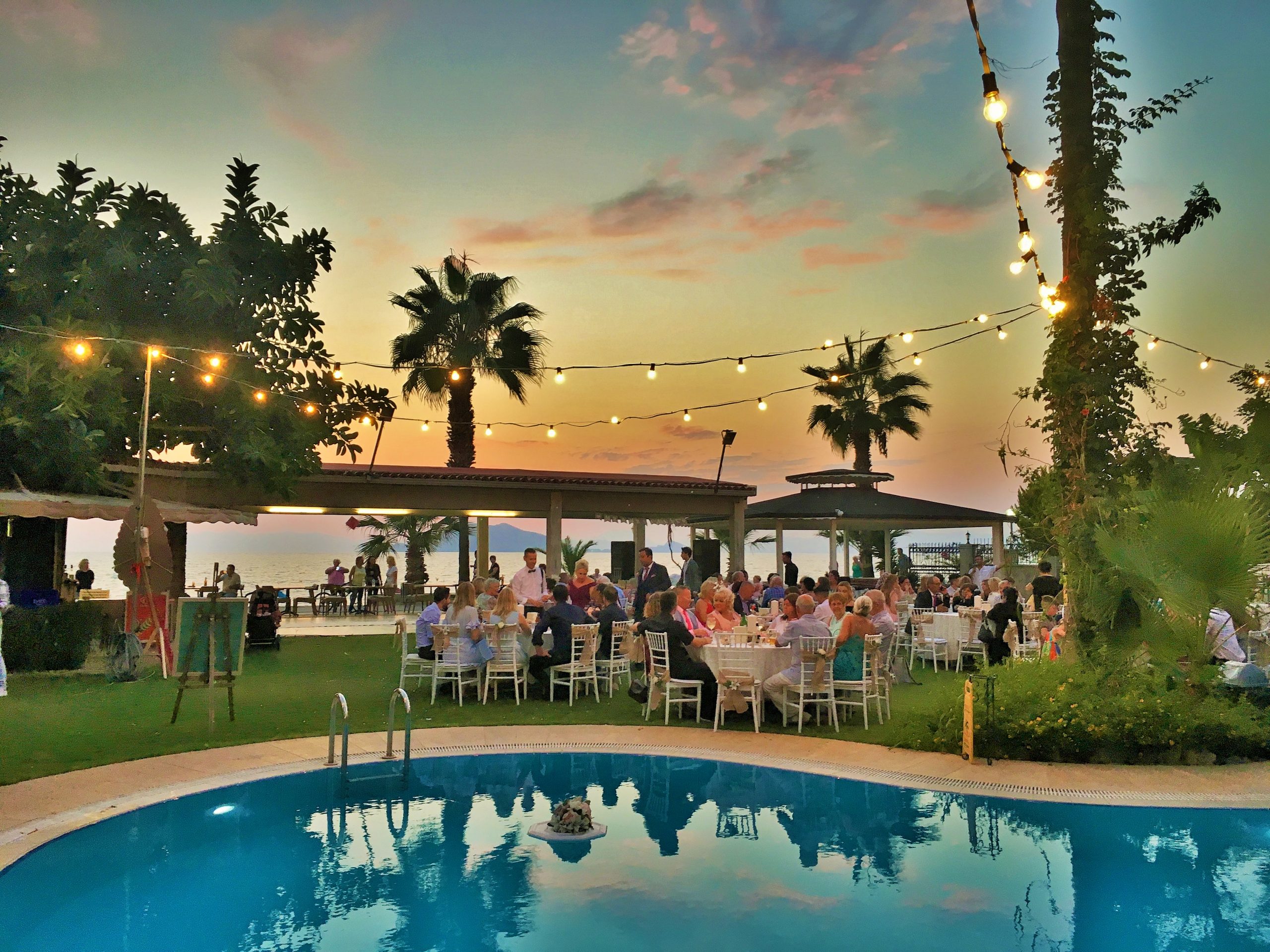 Plenty of bars, restaurants and nightspots up and down the promenade lay on entertainment all year round.

As mentioned previously, the northern end of the beach is used as a nesting ground by sea turtles. You may also be lucky to spot the dolphins playing in the surf off the coast.

The reed beds along the lower reaches of the canal are also home to exotic species of bird including egrets, herons, colourful species of duck, kingfishers, gulls and terns.

It’s worth bearing in mind that Turkey is also home to some exotic species of snake, scorpion and spider. However most prefer to avoid human contact so spotting them in Calis is extremely unlikely. Nevertheless, it’s wise to be alert to the risks they pose, particularly if you’re a walker and enjoy the countryside. 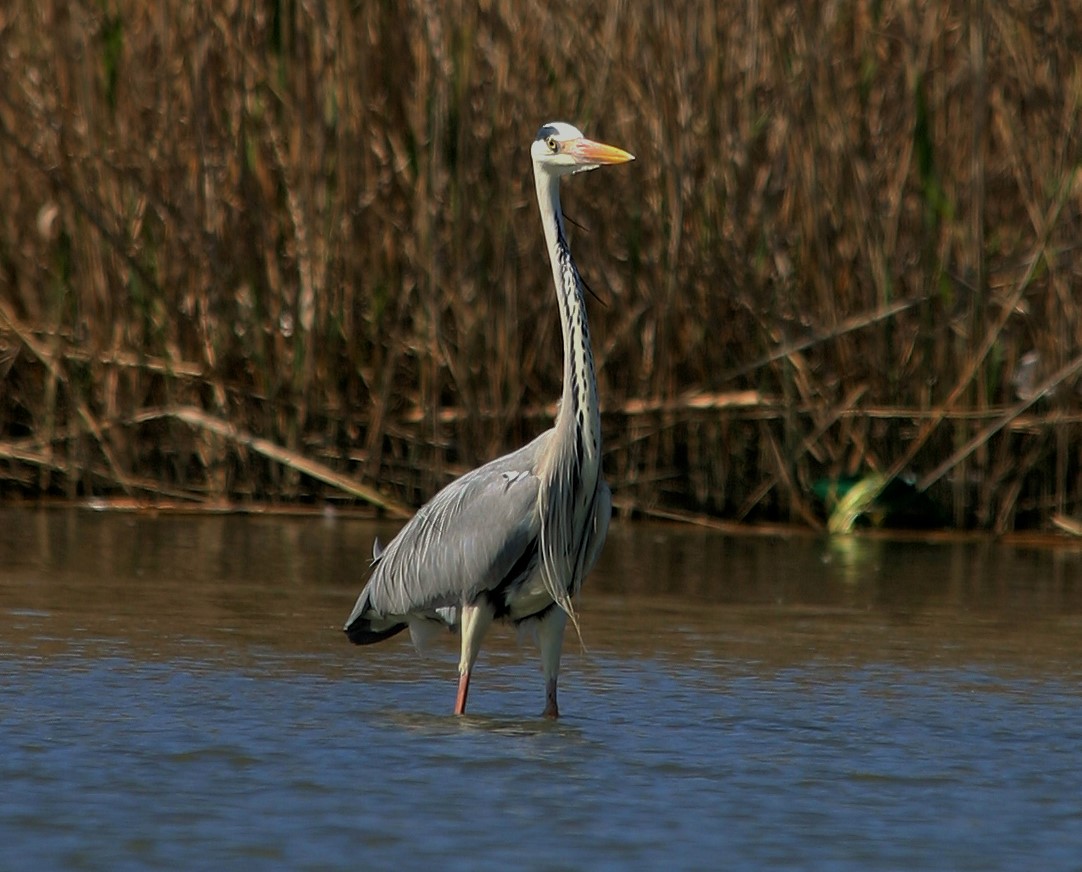 A grey heron stalks the reedbeds

When it comes to buying property in Calis, one thing we can guarantee is significant choice.

With so many condominiums, holiday homes and villas designed for year-round living there’s usually plenty on the market. It’s also usually easy to find one to suit your budget.

Careful research can net you a bargain. Apartments or even villas with pools are sometimes offered for prices which would be considered remarkable in Europe and the UK. However, the recent pandemic has led to some upwards pressure. Affluent Turks from the bigger cities in particular have been seeking summer homes away from the crowds.

Nevertheless, there are family-sized homes with access to gardens and pools still available for under £200,000 while an apartment may cost even less.

However, a budget of £300,000 to £400,000 would be realistic for a sizeable, luxury four-bedroom villa with a pool – particularly if you’re considering the town’s lucrative buy-to-let market which is currently offering investors a solid return.

If you’re considering buying property in Turkey, you will also probably find it’s cheaper than most of Europe for utilities such as water and electricity. You can also feed a family at a much lower cost, particularly if you buy fresh from the markets or local suppliers rather than the superstores.

Depending on where you choose, the bill for a meal out can also be a pleasant surprise. Just like anywhere else in the world though, the popular restaurants in the tourist traps charge more. The back-street lokantas in Fethiye itself offer tasty and traditional dishes for a fraction of the price.

For a more detailed list of properties available in the area right now, you can view our current portfolio here. 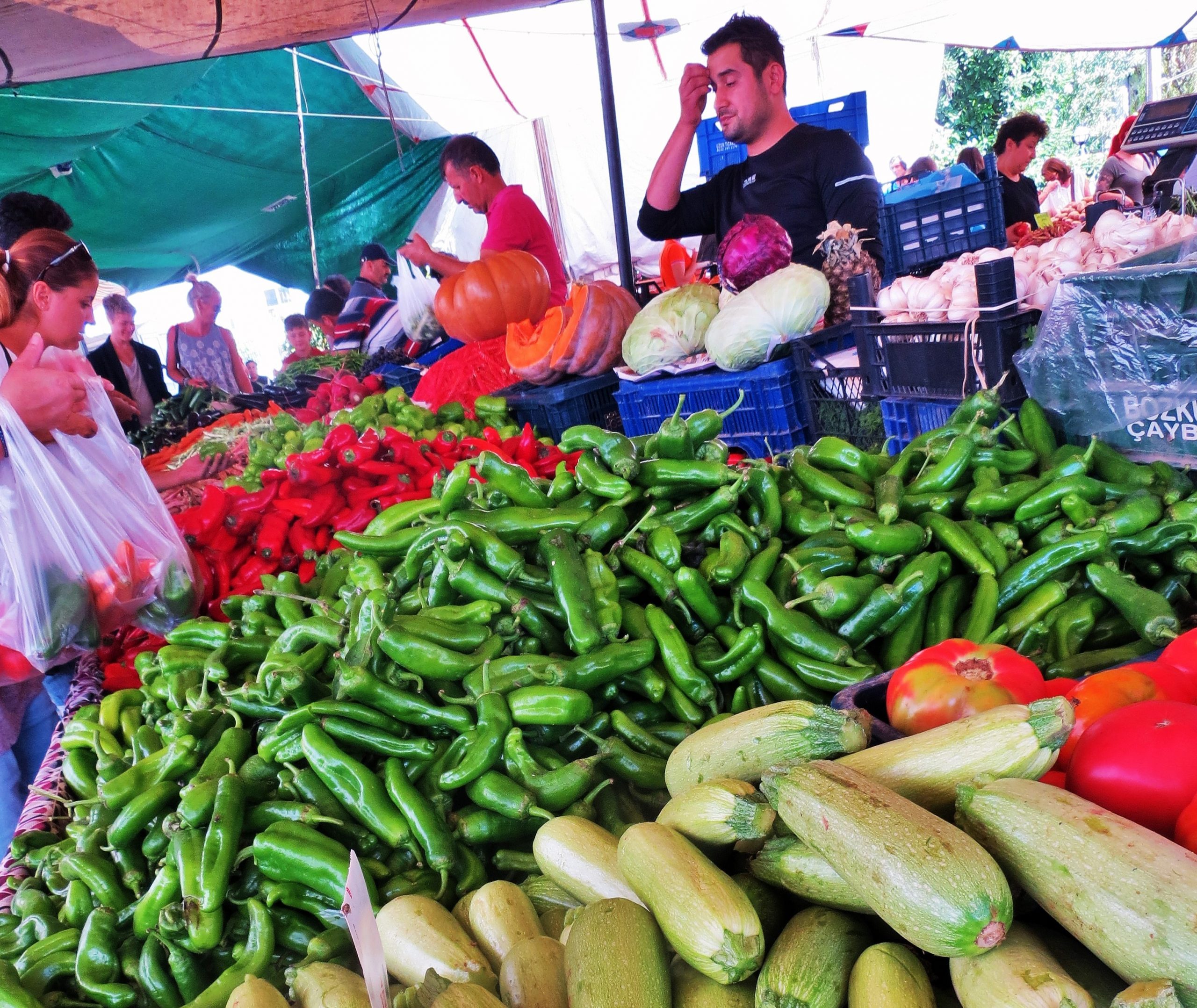 If you’re considering buying property in Calis and you’d like some more hints and tips, feel free to give us a call. We’re also here if you’d like a heads-up on how to plan or about the pros and cons of investing in property in Turkey.

It’s not just about the buying and selling of homes. We can help with the logistics, paperwork and advice before, during and after your move so feel free to get in touch.

Alternatively, feel free to browse our blog for previous posts you may find usefu. If you’d like to check out our full portfolio, you can find details of properties currently on our books right here. You can also keep up to date with our Facebook page here.

High-end Luxury Villa with Large Grounds for sale in Inlice,…

Luxury Apartment with a Panoramic Sea-view for sale in Karagozler,… 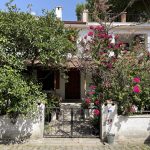 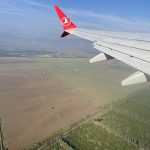 Travelling to or from the UK from Turkey for Christmas