A guide to moving with the family pet

As we’ve established in earlier blogs, one of the biggest obstacles which prevents many from becoming a dog owner in Turkey is the impact such a radical change can have on the family pet.

It’s not just the logistics of getting them to your destination. It’s also about how they would cope with a significant change in climate. Some also worry if they may be at risk from some of the less-friendly resident critters.

To be fair, they’re all genuine issues and they do deserve consideration. Indeed, we’re aware of examples when a pooch’s inability to settle has led a premature end to an expat adventure.

So, with that in mind we thought it might be helpful to hear from a dog owner in Turkey who’s lived to tell the tale.

British expat Mike has given a home to a couple of rescue dogs since arriving in 2014. He walks them regularly around his home in the more rural outskirts of Fethiye in the south-west.

We gave him five questions to answer and this is what he told us:

Have you found it easy to get treatment for your dogs if they need it?

Mike: “Yes, we have. If anything, where we live, it’s easier than the UK. There seem to be more vets per square mile and you often don’t need an appointment. In our experience the treatment is also both professional and significantly cheaper.

“By and large, you tend to find everyone has their favourite surgery and sticks with it. Some of the vets also work closely with the animal charities and have a community role as well. Language can sometimes be a barrier though so it’s another good reason to learn as much Turkish as you can.

“There are also plenty of pet shops selling everything you would expect. In fact, the one we use also has plenty for small animals, cage birds and aquariums.

Can you buy pet insurance?

Mike: “We haven’t but then we have never looked into it. Treatment for our dogs and cats has always been affordable.

“Even emergency treatment after a poisoning and an operation for a broken jaw cost a fraction of what we would expect to pay ‘at home’ in the UK.

Are there any Turkish cultural issues to be aware of as a pet owner?

Mike: “The broad Turkish custom is to be kind to animals. Sadly though – like anywhere else – there are sometimes some harrowing tales of cruelty. However, in general, the Turks tend to give animals the respect they deserve but won’t treat them as ‘fur babies’.

“For example, many Turkish homes will not allow cats and dogs inside. In more rural areas, it’s not unusual to find dogs tied up outside for hours either.

“But, if you’re buying a home of your own in Turkey, what you do with your pets is your own affair. If you’re planning to rent for a while and intend to allow your animals inside, it may limit your choice of property.”

Do Turks have any specific customs with dogs?

Mike: “As the country where East meets West, Turkey is a nation of contradictions. There are many who have Westernised views and others who still adhere to the teachings of the Ottoman era.

“We have a friend, for example, who believes cat hairs can cause a brain haemorrhage if you ingest them accidentally. Another is terrified of dogs as they were taught as a child that their saliva is carcinogenic.

“Equally though, we also know plenty of folk who will make a fuss of our two dogs. There are even some who have pets which sleep on their bed at night.

“I suppose it’s all part of the adventure of living abroad. The best advice we can give is not to challenge or belittle the opinions of others too strongly. Try to roll with them as best you can. After all, it’s better to make friends than enemies.”

Are there any challenges involved in walking your dogs?

Mike: “The honest answer to that one is that yes, there are. For example, you may notice a fear of dogs is more common and that may manifest itself in several ways. Some folk will cross the street rather than be near your dogs. Some will freeze, while some will even shout at you.

“However, the more serious issues tend to stem from conflict with other dogs – and there are plenty of them. As we’ve already established, Turkey is a nation of fascinating contradictions. That means, in a country where a fear of dogs is not uncommon, strays are nonetheless left to roam the streets. Indeed, they actually have rights to be left unmolested.

“It’s therefore not surprising that some will form packs with a territory that they will defend from ‘strangers’. If you inadvertently wander into one with your own dog, you can find yourself surrounded by a lot of barking – or worse.

“We’ve found a wise strategy is to scout any new walks without our dogs first. It allows us to establish any potential issues and make a decision on whether it’s worth the risk of conflict.

“However it’s also worth remembering walks in the forests also come with their own potential issues. These may include encounters with wildlife such as wild boar, snakes and scorpions or maybe an occasional giant Kangal shepherd dog.

“We only tend to allow our own dogs off the lead once we’re pretty confident we’re alone. That usually means using linear “there and back” routes. Our first passing is on the lead with our dogs only allowed to roam on the return leg. By then, it’s more likely we’ve already encountered any potential threat.

“But, having said all that, it’s important to stress 95% of our walks are incident free. We can often enjoy long walks in beautiful forested countryside – sometimes with the Mediterranean as a backdrop – without any problems at all.

“Neverthess, it’s probably best to always leave the house prepared with water, a fully-charged phone, a whistle, a spare collar and lead and perhaps the antidote for some of the venomous bites. But the occasions when you use them will be few and far between – particularly if you remember the walker’s first rule: ‘If you’re not sure, turn back.’”

Alternatively, feel free to browse our blog for previous posts you may find useful or, if you’d like to check out our portfolio, you can find details of properties currently on our books right here.

Large Apartment For Sale In Istanbul

Duplex apartment for sale, located in the heart of… 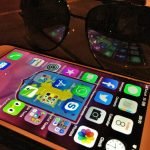 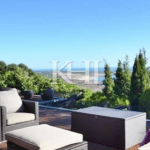